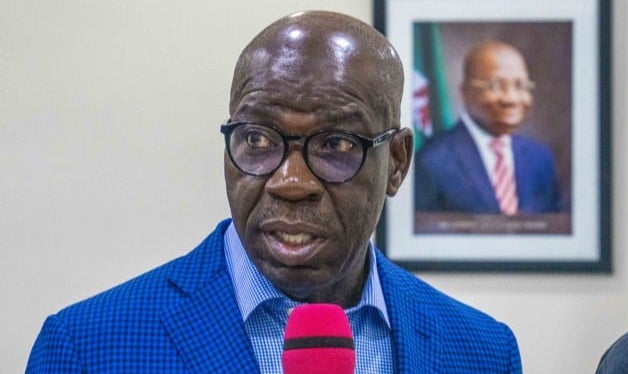 A senior lawyer, Chief Ferdinand Oshioke Orbih (SAN), on Monday, insisted that the Edo State Government was behind the invasion of the Court of Appeal on Friday.

Orbih, in his statement on Monday, insisted that state actors were behind the invasion amid an ongoing crisis between supporters of Governor Godwin Obaseki and Chief Dan Orbih, the Vice Chairman, South-South of the Peoples Democratic Party (PDP).

Late Friday, reports had emerged that chaos erupted at the Court of Appeal in Benin City, as suspected thugs, allegedly aided by security personnel, stormed a courtroom, chased out court staff, and carted away various documents.

According to reports, several lawyers were at the appellate court to submit an appeal stemming from a state High Court verdict on issues connected to the PDP crisis in Edo State.

But the state government denied any knowledge or involvement in the alleged attack on the court, or kidnap of any lawyer, describing the allegations as a “phantom attack”.

Osarodion Ogie, Secretary to the State Government, had issued this refutal via a statement in response to allegations that state actors were involved in the attack on the judiciary.

In the statement titled, “EDSG has no record of alleged Appeal Court attack,” the state Government stated “unequivocally that none of its agencies or officials has a record of this alleged incident, and neither did the government witness, let alone participate in the phantom attack.

“In order to prevent this obvious manufactured story from being taken as fact by all concerned, it may be necessary to restate the facts so that discerning members of the public will recognize the very cynical manipulation that is being attempted by malevolent political activists.”

It further reads, “Neither the Edo State Government nor any of its Ministries, Agencies and Departments (MDAS) or officials is a party to the suit regarding the selection of Peoples Democratic Party (PDP) delegates pending at the High Court in Benin City and which matter has now proceeded to the Court of Appeal, also in Benin.

“Consequently, there is no basis whatsoever for the allegations that agents of the state were involved in any altercations at the courts that it so seriously reveres and protects.”

However, Chief Orbih in another release insisted that the state government was lying, and that there was indeed and attack on the court, and that one of his lawyers was kidnapped.

Orbih insisted, that “the attack was carried out by State Actors and one of my lawyers was abducted. And I issued and signed a Statement to that effect. I WILL NOT say what I cannot prove. My lawyer’s life was in grave danger. Her escape was miraculous.

“All our court processes were seized and destroyed by State Officials. Court officials had to run for their dear lives. All this was done to frustrate the further prosecution of our Appeal. I seize this opportunity to thank the Chairman of the NBA Benin Branch, who promptly and appropriately condemned the attack on the Court of Appeal.

“It took the Government more than 48 hours after the occurrence of the incident to issue this extremely provocative statement.

“We stand by our earlier statement to the effect that the attack was perpetrated by State actors.”

Buhari, APC have raised the bar of corruption with N100m for presidential fees —OPC