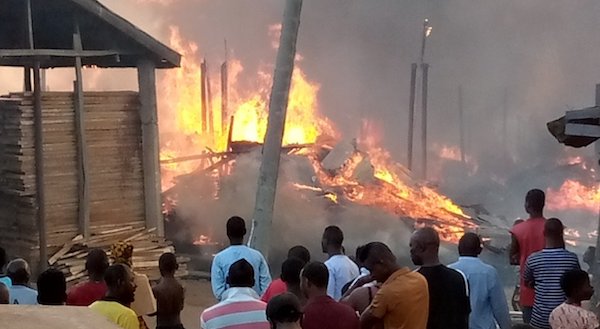 An early morning fire on Sunday razed the popular furniture market in the Kugbo area of Abuja.

Goods and items worth several millions of naira were destroyed by the incident.

The same market was destroyed by fire in January last year.

An eyewitness told journalists that the fire started from one of the shops in the early hours of Sunday morning and spread to other parts of the market due to late arrival of firefighters at the scene of the incident.

In what could be described as black Sunday in the Federal Capital Territory, fire also razed the headquarters of the Nigeria Immigration Service (NIS) along the Nnamdi Azikwe International Airport Road.

Several office equipment were destroyed by the inferno before it was put out through the combined efforts of fire service personnel at the immigration building and sister organizations in the area.

‘Your experience, stability not in doubt,’ APC hails Obiozor on election as Ohanaeze’s president