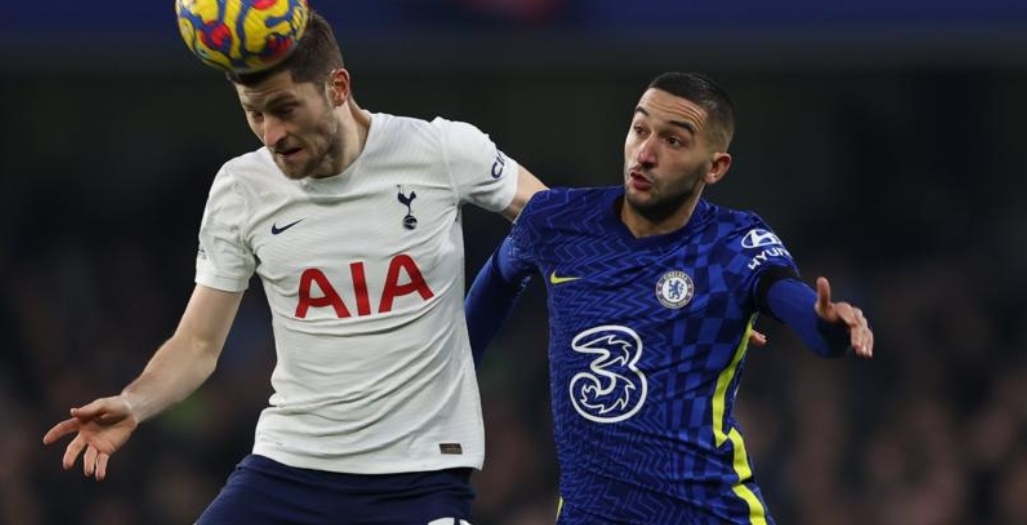 Chelsea overcame Tottenham Hotspur in a Premier League encounter on Sunday, with two quickfire goals in the second half sealing the win at Stamford Bridge.

The Blues are beating their local rivals for the third time in three weeks, as the win comes after Chelsea won both legs of their Carabao Cup semi-final 3-0 on aggregate to set up a final against Liverpool.

After a goalless first half, Hakim Ziyech scored within two minutes of the restart following a fine run from Callum Hudson-Odoi.

Defender Thiago Silva doubled the lead when he headed in from Mason Mount’s excellent free-kick delivery.

The defeat was Tottenham’s first in the Premier league since Antonio Conte replaced the sacked Nuno Espirito Santo in November.

Earlier on Sunday, Liverpool put up a fine performance to beat Crystal Palace 3-1 at Selhurst Park.

The victory boosted the Reds’ hopes of catching leaders Manchester City as they cut the lead to nine points.

Recall that City dropped points for the first time since October with a 1-1 draw away to Southampton at the weekend.

In the other Premier League games played on Sunday Arsenal were held to a goalless draw by Burnley at the Emirates Stadium while Leicester City were also held to a 1-1 draw by visiting Brighton.