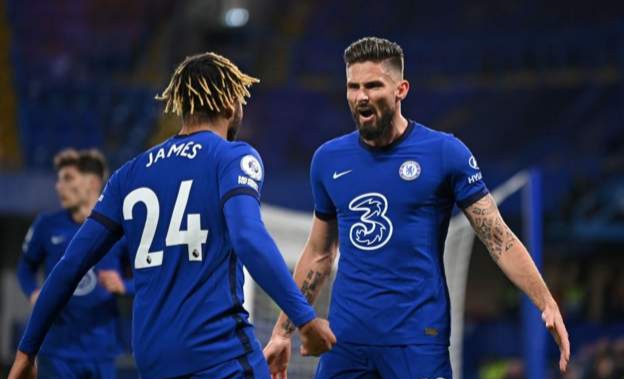 Chelsea have climbed to top of the Premier League table after securing a comeback victory over Leeds at Stamford Bridge on Saturday.

The game, which saw a return of fans at the stadium for the first time since March, saw the Blues beat their visitors 3-1.

Promoted side, Leeds got into the lead fourth minute, before Olivier Giroud equalized in the 27th minute.

Chelsea went on to score two more goals, courtesy of Kurt Zouma and Christian Pulisic, to go above Tottenham Hotspur, who face Arsenal on Sunday. 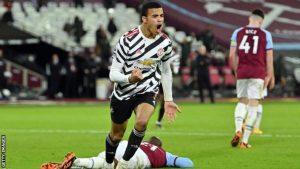 Earlier on Saturday, Manchester United also came from behind to beat their hosts West Ham 3-1.

It was a bounce back for the Ole Gunner Solskjaer side following their midweek defeat to Paris Saint-Germain in the Champions League.

The Red Devils went behind on 38 minutes after Tomas Soucek headed in from a corner.

But goals from Paul Pogba, Mason Greenwood and substitute Marcus Rashford turned things around for the visitors.

With the win, United climbed to fourth on the table while Hammers are seventh.