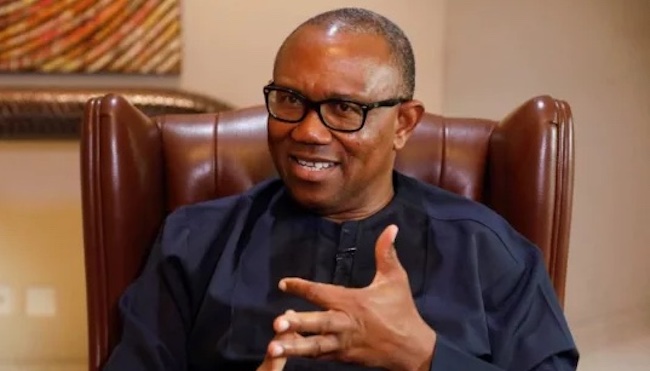 CLAIM: The presidential candidate of the Labour Party (LP) Peter Obi recently claimed that the Eastern Security (ESN) was formed by governors of the South-East region.

FULL TEXT
Peter Obi made the claim while answering questions at an interactive forum for presidential candidates, hosted by the Arewa Joint Committee, in Kaduna on Monday.

Presidential candidates who were quizzed at the forum included Atiku Abubakar of the People’s Democratic Party (PDP) Bola Tinubu of the All Progressive Congress (APC) and Peter Obi.

Obi was asked, amongst other questions, why he was yet to categorically condemn the activities of the Indigenous People of Biafra (IPOB) and the Eastern Security Network.

In his response, he said he could not condemn the ESN because it was formed by the governors of the South-East. He failed to mention IPOB in his response but asserted that he condemned “wrongdoings in all parts of Nigeria”

Contrary to Obi’s claim, the Eastern Security Network (ESN) was established by the Indigenous People of Biafra (IPOB), a proscribed group agitating for the secession of the South-East region from Nigeria. IPOB launched the ESN in December, 2020, as its official security unit.

In a statement announcing the launch of the ESN, IPOB’s spokesperson, Emma Powerful, stated that the objective of the ESN was to “halt every criminal activity and terrorist attack on Biafraland.

However, the ESN has been accused of carrying out terror attacks against innocent individuals and institutions in the region. Attacks on Police stations, electoral officials, and politicians, which claimed scores of lives, were allegedly sanctioned by the ESN.

The regional outfit formed by governors, which Obi might have alluded to in his response is known as ‘Ebube Agu’ and was launched in April, 2021, about a year after ESN had begone operations.

Obi’s claim that governors in the South-East formed the ESN is false.

Related Topics:#featuredESNipobPeter Obi
Up Next