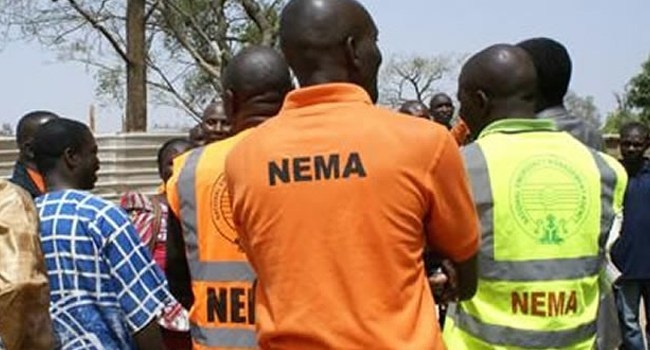 The National Emergency Management Agency, NEMA, has issued a strong warning to 102 local government areas in 28 states of the country, over possible flooding as the rains surface again.

This was contained in a statement issued on Tuesday by the Director-General of the National Emergency Management Agency (NEMA) AVM Muhammadu A. Muhammad.

According to the NEMA DG who was speaking at a flood advocacy event staged by Jigawa State Governor, Muhammad Badaru Abubakar in Dutse, the Local Governments are at the higher risk of being devastated by flood due to their closeness to waterways in the country.

According to him; “The annual flood outlook informed that 102 local government areas, in 28 States fall within the highly probable risk area.

He noted that the predicted floods had started to occur in many parts of the country and therefore advised the Local Government authorities concerned to activate all plans and measures against the prediction.

Muhammad, however, stated that the annual occurrence of flood had continued to threaten food production in the country and also added that although climate change was responsible for the increased flooding, the governments and people must evolve strategies to minimize losses through adherence to warning alerts, early prediction and proper response.