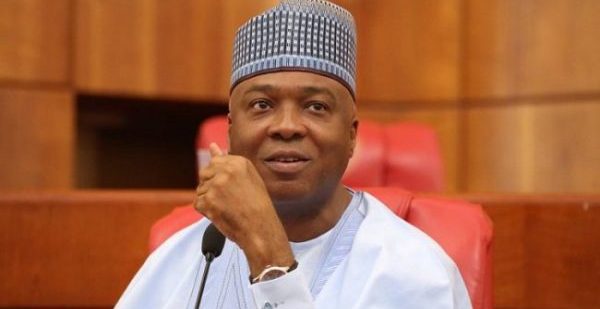 The Senate on Wednesday, resolved to consider approving special funding for security agencies in the country.

The special funding will enable the agencies tackle the spate of killings, kidnapping as well as terrorism across the country.

The Senate President, Bukola Saraki, disclosed this after the Senate resumed from a four-hour executive session with service chiefs.

The Senate had on May 8, summoned all service chiefs over the matter. The invitation was sequel to deliberations on a motion titled “Proliferation of dangerous firearms in Nigeria”, sponsored by Suleiman Hunkuyi (APC, Kaduna North).

Hunkuyi had called for the invitation of the service chiefs while lamenting the incessant killings in several parts of the country especially the crisis in Kaduna.

In his motion, Mr Hunkuyi stressed that ”tribal, communal, religious, and other sectarian clashes, including the farmers/herders crises, are now more devastating due to wrongful and easy acquisition of firearms in violation of due process”.

He had expressed worry that despite the killings in Benue, Kaduna, Kogi, Zamfara and other parts of Nigeria, since the start of the year, no solution had been found.

He also expressed disappointment that the various departments of government entrusted with the responsibility of checking and regulating the influx of firearms in Nigeria “have failed woefully in the discharge of this all important duty”.

Upon resumption of plenary, Saraki read out the senate’s resolutions.

He said bills which will help tackle the killings and insurgencies in the country will be passed even as he called for coordination among the security agencies.

“The Senate in a closed committee of the whole, received briefs from the Chief of Defence Staff, the Director General of the Department of State Security Services, representatives of the Comptroller-General of Immigration, Inspector-General of Police, Comptroller-General of Customs on the proliferation of dangerous arms, spate of killings and kidnappings by hoodlums across the country.

“Thereafter, they answered questions from the senators bordering security, insurgence, terrorism, kidnapping and other talks on national security matters.

“On the whole, we decided directly that on our part, certain outstanding bills or protocols that needed to be given a fast-track, be addressed immediately to see that they can be passed as soon as possible in order to strengthen security architecture.

“Secondly, of course, we all observed the funding issue and also agreed that there must be special funding. So we gave them two weeks to present their own budget on this. We think this will go a long way to improve the security situation in the country. Our great concern also was the issue of coordination among the security agencies and on that, we’ll be looking on how to strengthen that aspect of insecurity through constitutional law passage.

“By and large, we all are committed to ensure that these unfortunate trends of killings are brought to end,” Saraki said.

Saraki who described the meeting with the service chiefs as a “useful deliberation”, urged his colleagues to play their roles, ”as the chiefs have promised to play their own roles”.

“I hope that over the next couple of weeks, we will begin to take action on some of these things that we are committed to,” he added.

Onyeama, Dabiri-Erewa summoned by Reps over killing of Nigerians in South Africa