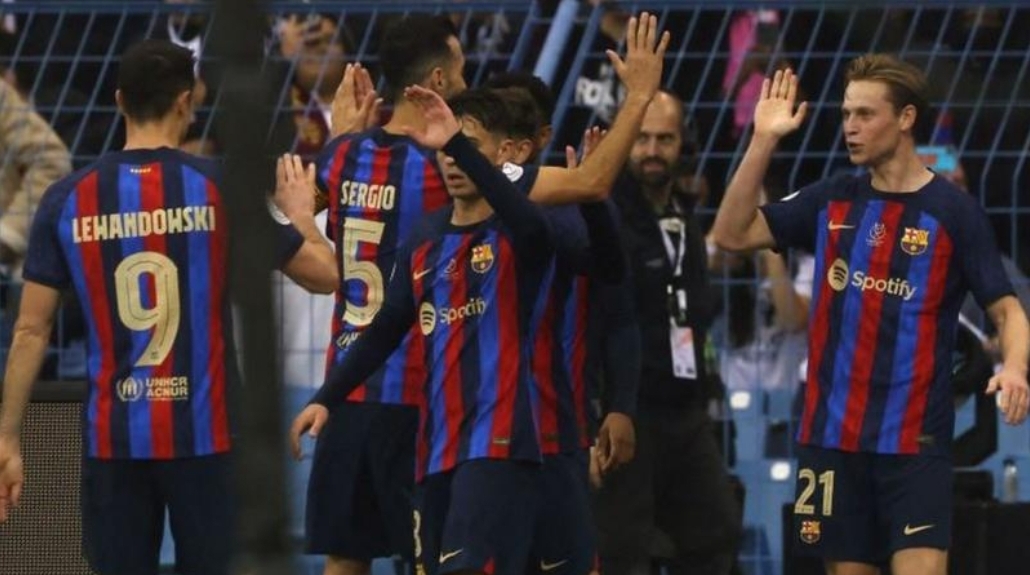 Gavi was in action for Barcelona and was also on the scoresheet as Barcelona defeated Real Madrid 3-1 in the Spanish Super Cup final on Sunday night.

The Super Cup – a four-team tourney played in Saudi Arabia – is usually played between the top two of the La Liga and the finalists of the Copa del Rey.

Real Madrid had beaten Valencia on penalties in the semi-final to book a final spot while Barcelona saw off Real Betis on penalties to reach final.

Gavi, 18, opened the scoring and became the youngest player in Super Cup history to score in the final, as well as the second-youngest Barcelona player to score against Real Madrid.

Gavi assisted Robert Lewandowski to score the second goal before he again set up Pedri for the third in the 69th minute.

Real Madrid picked up the pace towards the end of the game as Karim Benzema slammed in a loose ball to get a consolation for the La Liga champions.

With the comfortable win, Xavi claimed his first trophy as Barcelona manager.