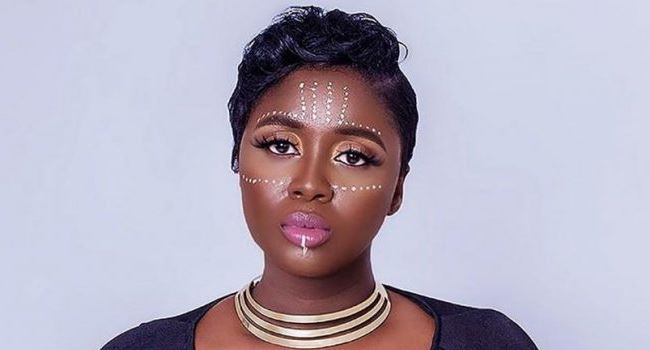 Ghanaian-born Nollywood actress, Princess Shyngle who tied the knot three months ago has accused her husband, Bala Gaye of domestic violence and she is prepared to walk out of the marriage.

According to the curvaceous actress, she can no longer withstand the assault and she is not prepared to live with her husband.

The actress in a series of videos shared via her Instagram Stories on Saturday, revealed that she was leaving her husband over domestic violence allegations.

The Nollywood actress published a thread on her Instastories where she narrated the ordeal that took place in her household.

Read the thread below.

It didn’t end there, as she shared a copy of the divorce paper with her signature.

The actress revealed that she has been trying to get her estranged husband’s signature on the divorce papers for eight weeks.

She appealed to him to sign the divorce papers so they can both move on with their lives.

Princess Shyngle announced in January 2021 that she had gotten married to Gibou Bala Gaye.

“I just married my best friend 💍 ❤️ My crush since 8th grade 🤩 even though you didn’t use to look my way back then 🤣😂 the only man I ever hit on numerous times but I had no luck 😂🤣 instead you choose to be my friend for over 10 years,” she wrote.