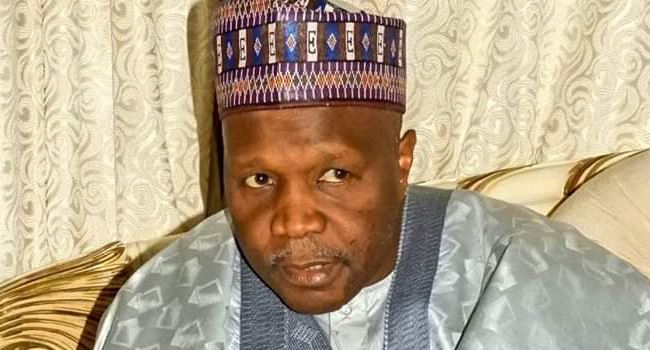 A group in Gombe State has expressed worries over what they described as mounting volume of debts from loans which the Governor Inuwa Yahaya-led administration has incurred in its two years urging the Central Bank of Nigeria (CBN) to do everything administratively possible to block any fresh loan to the state.

The stakeholders opined that if the CBN can do that, it will prevent burying the state under a mountain of debt from alleged frivolous loans being obtained by the state governor, Alhaji Muhammadu Inuwa Yahaya.

The call was made by a concerned group of stakeholders under the umbrella of the ‘Gombe Good Leadership Association (GGLA)’ which in a recent statement issued and signed by a Trustee of the Association, Mohammed Salisu Abdullahi, raised an alarm over the increasing debt incurred by the governor purportedly for development purpose.

However, the group expressed worry that the governor has ignored calls to avoid accumulated debts with the danger of mortgaging the state’s future, and has gone ahead to seek additional loans running into billions of Naira from banks.

The group, in the statement titled ‘The Gombe State Borrowing Governor Is At It Again’, lamented that, “the Governor has plunged Gombe State into a quagmire of crippling debts. Nothing is more reckless than borrowing money to repay a debt or cope with the crushing effect of existing debts.”

They added that, “The public will recall that we have recently made a press release concerning the spate of reckless borrowing by the Muhammadu Inuwa Yaya-led Administration of Gombe State. Just when we thought we had seen it all from the Governor, a copy of the letter by the Governor to the Honourable Speaker of the Gombe State House of Assembly dated 20 October 2021 with reference number GO/GD/FED-98/V.I proved us wrong”.

“In the letter, the Governor is requesting for the resolution of the Gombe State House of Assembly allowing him to access the Federal Government’s Bridging Finance Facility in the sum of N18, 746, 059, 992.57”, the GGLA added.

According to the statement, “In the words of the Governor, Mr. President has approved the sum of N656,112,9,740.03) Bridging Finance to 35 States of the Federation to cushion the effect of the repayment of the existing Federal Government Intervention Facilities (Budget Support Facility, Excess Crude Account- Backed Loan Facility and Salary Arrears Bailout Facility).”

The stakeholders further stated that, “The above listed debts do not include the N11 Billion borrowed by the previous Administration for the Gombe Revenue Optimization Company Limited (GROCOL) but received by the present Government. This N11 Billion brings the total amount of money obtained as debt by the Muhammadu Inuwa Yahaya-led Administration within a space of a little over two years to N55.3 Billion.”

“If the Governor is allowed to obtain the N35 Billion debt that has been hurriedly approved by the Gombe State House of Assembly on 13 October 2021 and the proposed debt of N18,746,059,992.57, for which it is seeking approval in his latest letter to the Speaker of the Gombe State House of Assembly, the Governor would have succeeded in amassing a total debt of over N109 Billion in a little over of two years of his administration”, the stakeholders claimed.

The group further noted that, “There is no gainsaying that the debt service to the overall revenue of Gombe State is excessive and inimical to the economic and developmental aspirations of the State. From the Governor’s showing, the revenue of the state cannot even take care of the recurrent and debt servicing portfolio of the State”.

They claimed that, “The Federal Government has been indulging State Governors and pressuring the Central Bank to lend monies (it doesn’t have) to Governors under all sorts of dubious projects and schemes. We therefore call on the Central Bank to resist any temptation to further advance any loan to the borrowing Governor of Gombe State who is hell-bent on mortgaging the state to satisfy his selfish ends,” it added.

Related Topics:gombeGombe loans
Up Next