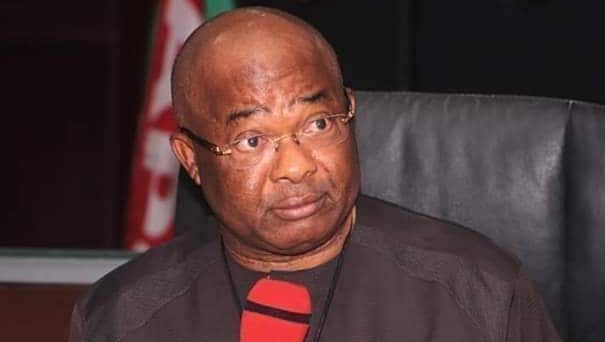 Gulak was killed by unknown assailants in Owerri, the state capital, on Sunday morning.

However, three suspected killers of the All Progressives Congress (APC) had been killed in a gun duel with police operatives in the state.

The governor, who disclosed this at a press briefing in Owerri, said the deceased visited the state on a national assignment.

He said: “I was shocked to my marrows when the sad news of his callous murder was broken to me. I was getting ready to go to church when the sad news came and I could not attend the service again. It was simply one of the most devastating news I have had in my life and I am yet to recover from the shock.

“Alhaji Ahmed Gulak was in Imo State for a national assignment. He came to Owerri with the Senate Committee on Constitutional Amendment.

On why the late APC chieftain travelled without security apparatus, Uzodinma added: “Being a humble man, he chose to travel incognito according to his friend who was with him.”

He said the state government had commenced investigations into the killing and assured that the perpetrators would be brought to book.

“Someone must have trailed him from the hotel to the airport. That is exactly why his gruesome murder appears to be a clear case of political assassination.

“According to reports by the police, he was shot in cold blood and the assailants did not remove a pin from him. It is most benumbing that people chose to waste such innocent blood in such a dastardly and cowardly manner.

“Let me make it very clear that everything will be done by security agencies to find those who murdered Gulak and their sponsors. They will not by the grace of God escape their deserved punishment.

“This is not in our character as Ibos, not in our tradition nor in our culture. We must condemn this callous act.”