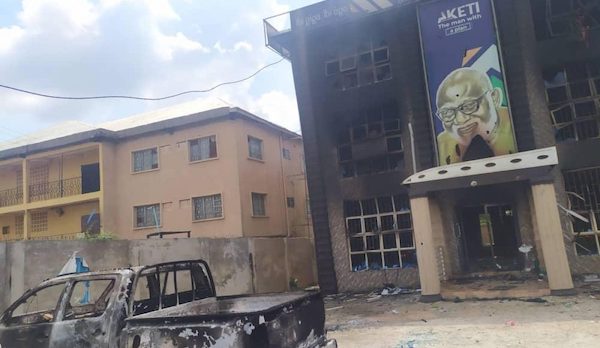 The hoodlums also attacked the Okitipupa local government secretariat and the divisional police station in the area and set them ablaze.

The attackers reportedly gained entrance into the governor’s campaign office at about noon and set the building on fire after destroying some valuable items in the building.