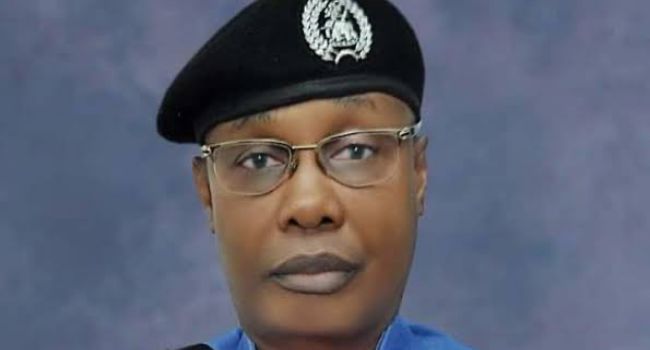 Following the committal order issued by the Federal High Court in Abuja on Tuesday, November 29, 2022, the Inspector-General of Police, IGP Usman Alkali Baba, has addressed the Court to file a plea to set aside the contempt process and committal order.

This was contained in a memo issued on Friday by the Force Public Relations Officer, CSP Olumuyiwa Adejobi, in Abuja.

The IGP outlined numerous reasons why the orders should be overturned in the motion he submitted to the Federal High Court in the Federal Capital Territory on December 1, 2022.

He specifically noted the fact that he had not yet been appointed as Inspector-General of Police at the time the case was filed and the reinstatement order in question was granted.

He also affirmed that the contempt proceedings were served via substituted means in November 2018 and January, 2019 respectively, on the then Inspector-General of Police, and not on him as the incumbent.

In his decision, the IGP also stated that, even before he took office, his predecessors had taken formal actions to comply with the court’s ruling requiring the reinstatement of plaintiff Patrick C. Okoli.

He pointed out that this was supported by a formal letter written to the Police Service Commission in 2015 with the approval of the then-inspector general of police, and written before the court’s order of November 29, 2022, asking the Commission to reinstate the plaintiff and promote him in accordance with the court’s order and in accordance with their legal authority to do so.

Hence, the grounds for the contempt proceedings ought not to have existed, ab initio.

“The IGP reassures Nigerians of his unalloyed commitment and steadfastness in defending the rule of law and respecting judicial authorities and hence, will not wittingly or unwittingly disobey any order validly granted by courts of competent jurisdiction,” the memo further stated.

Usman Baba, the Inspector-General of Police, was given a three-month prison term by the Federal High Court in Abuja on Tuesday for disobeying a 2011 court order.

The IGP was sentenced after a police officer named Patrick Okoli filed a lawsuit after he was forcibly and illegally resigned from the Nigerian Police Force.

In addition, the court mandated that the petitioner pay N10 million in special and general damages for the unlawful, illegal, and unconstitutional deprivation of his (Patrick’s) rights and privileges as a Senior Officer of the Nigerian Police Force from 1993 till the present.

Non-Igbo heads of security agencies in S’East have failed, should be replaced —HURIWA