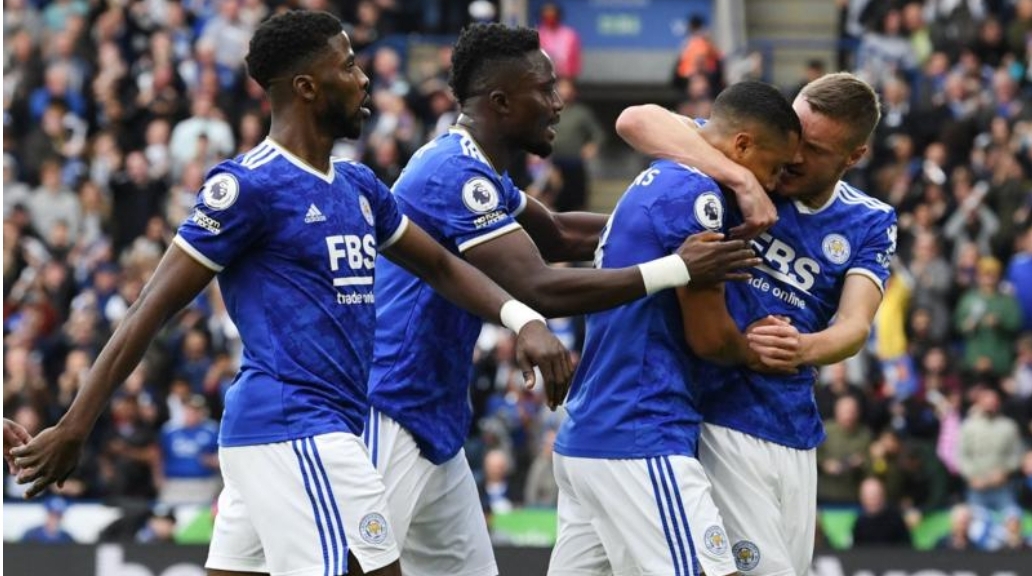 Super Eagles forward, Kelechi Iheanacho was involved in a goal as he helped Leicester City come from behind to beat Manchester United.

The Premier League game played at the King Power Stadium, saw the Foxes hand the Ole Gunnar Solskjaer side a 4-2 deafeat that ended their league record 29-game unbeaten run away from home.

United got in front in the 18th minute following Mason Greenwood’s brilliant long-range strike but Leicester were level before half-time when the returning Harry Maguire was assisted by Iheanacho.

The hosts were vastly superior after the break as Caglar Soyuncu put his side ahead with 12 minutes to go, and Marcus Rashford pegged back.

An 83rd-minute goal by Jamie Vardy and a 91st-minute effort by Patson Daka sealed victory for the Brendan Rodgers side, who were without Wilfred Ndidi due to injury.

At the Etihad Stadium, Raheem Sterling was in action from the start for Manchester City as they clinched a 2-0 victory over Burnley.

Sterling, who earlier the week said he was considering leaving the club for lack of playing time, made only his third league start of the season.

Kevin de Bruyne made certain the Pep Guardiola side defeated Burnley as he scored alongside Bernardo Silva’s early strike.

In other Premier League encounters played concurrently, Wolves picked up a 3-2 win over Aston Villa; Norwich were held to a goalless draw at home by Brighton while Southampton defeated Leeds United 1-0 for their first win of the season.