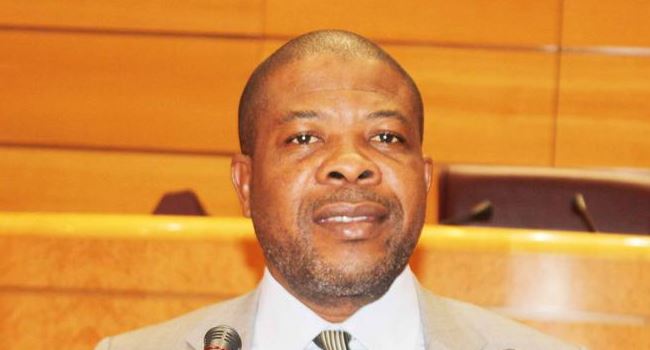 A group in the All Progressives Congress (APC) in Imo State has backed the decision of the suspended local government chairmen in the state to invade the councils following the refusal to the state government to reinstate them in compliance with a Supreme Court ruling on the matter.

The apex court held that the state government had no powers to sack elected local government chairmen.

The faction, supposedly loyal to the state former governor, Senator Rochas Okorocha, in a statement on Wednesday berated the state governor, Emeka Ihedioha, for suspending the council chairmen in the first place.

The suspended chairmen had on Monday invaded the 27 local government councils in the state.

At least five people were reportedly killed and several others injured in the clash between supporters of the council chairmen and security agents.

A faction of the APC said to be loyal to Hope Uzodinma, the party governorship candidate in the last election, on Wednesday condemned the action of the suspended local government officials.

However, in the statement signed by its publicity secretary, Jones Onwuasoanya, the Okorocha group said it was “disturbed by recent developments in the state where the governor and his agents have shown a most disturbing and ridiculous disdain for the rule of law, democracy and decency, by among other things resisting the long overdue resumption of duty by legitimately elected LGA officials across the 27 LGAs of the state and engaging the services of hooligans from outside the state to unleash mayhem on ordinary Imolites for insisting on respect for rule of law and democracy.”

“The Ihedioha government was retaining illegally appointed usurpers across the 27 LGA headquarters and using state power to intimidate, harass and stampede law-abiding Imolites, especially, members of the All Progressives Congress in the State. This action is responsible for the unfortunate and avoidable death of Hon. Ahamefula Mmaduabuchi, a supervisory councilor in Isu LGA of the state.”

It said the local government elections that produced the suspended chairmen was held in line with extant provisions of the 1999 Constitution of the Federal Republic of Nigeria (As Severally Amended) and the Imo State Local Government Administration Law 15, 2000 ( As Amended).

“This election and all the processes preceding it are in tandem with democratic norms, free, fair and transparent.

“That there were no legal or political impediments to the conduct of that election, and there has not been any Court order dissolving or suspending these duly elected LGA officials.

“Therefore, the argument that this referenced Supreme Court judgement only affects Ekiti State government, is not only illogical but also exposes a dangerous level of ignorance among the present operators of governance in Imo State and their consultants.

“That the elected 27 chairpersons of the various LGAs and 640 out of 645 councillors are bonafide members of the All Progressives Congress and they have the complete support of all the Party organs in the State and at the Federal level.”

“That the Party condemns in clear terms the assassination of one of our members, Hon. Ahamefula Mmaduabuchi, who until his gruesome slaying by suspected thugs was a supervisory councillor in Isu LGA of the state,” the APC group added.

IGP to promoted officers: To whom much is given, much is required