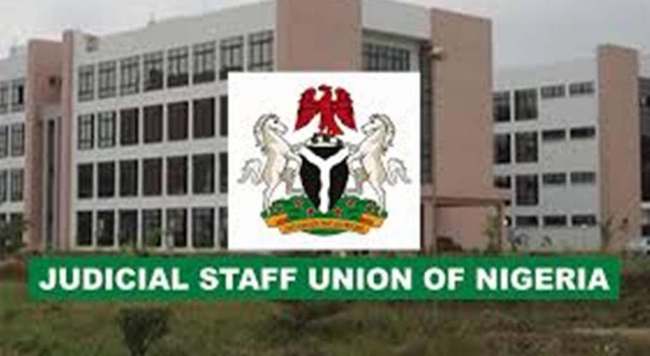 The Judiciary Staff Union of Nigeria (JUSUN) has urged the federal government to ensure payment of allocations directly into the state judiciaries.

Ripples Nigeria had reported that President Muhammadu Buhari on May 22, 2020, signed into law an executive order 10 which made it mandatory for all states to include the allocations of both the legislature and the judiciary in the first-line charge of their budgets.

The order also stipulates that the accountant-general of the federation deduct the amount from the accounts of defaulting states.

Emmanuel Abioye, the JUSUN deputy president in a statement issued on Sunday, said the federal government should go ahead with paying the funds directly to heads of courts in states, instead of through the governors.

“We call on the president to invoke his powers under executive order 10, by advising the accountant-general of the federation to deduct at source, all funds due to state judiciaries, and to pay same directly to the heads of courts in states that have refused to comply with the executive order 10, as constitutional directives are non-negotiable,” he said.

“My call to the federal government in this instance is that directive should be given to the public officer who is meant to carry out that assignment.

“In all these, we don’t even need the consent of the governors before the needful is done.”

Abioye said it was disappointing that the law was yet to be implemented since the union got the federal high court judgement in its favour.

The JUSUN had been on a nationwide strike since April 6 in agitation against the non-implementation of financial autonomy for the judiciary.