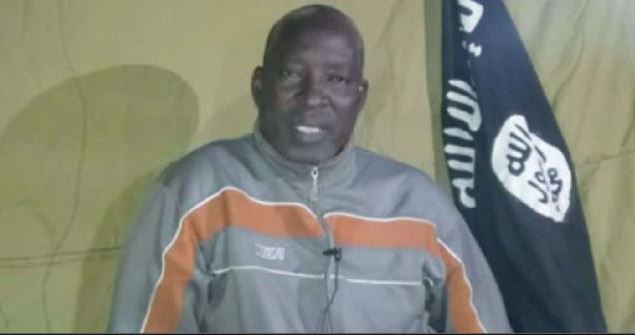 The Nigerian Supreme Council for Islamic Affairs (NSCIA), on Thursday said the insurgent group, Boko Haram had a grand plan and motive for the killing of Pastor Lawan Andimi, the Chairman of Michika Local Government Area chapter of the Christian Association of Nigeria (CAN).

According to the body, the plot was to incite Christians in the country against the Muslims.

The council also described the killing of the pastor by the terrorists as barbaric, provocative and a flagship example of man’s inhumanity to man.

The council said this in a statement by its Head of Media and Communication, Aselemi Ibrahim.

The statement reads: “We condemn it in the strongest terms. It is barbaric, provocative and a flagship example of man inhumanity to man. The Council believes that Boko Haram is trying to make the country ungovernable and to incite Christians against Muslims in Nigeria.

“The Council hereby expresses her heart-felt condolences to the immediate family of Pastor Lawan Andimi in particular and the leadership and members of the Christian Association of Nigeria, CAN, in general.

“We equally want to seize this opportunity to appeal to the leadership of CAN in Nigeria to be wary of the comments and statements it puts out in the public domain, so as not to play into the antics of the enemy. We should think-through and be sure that our comments are in the interest of national peace, security and cohesion.

“We want to state unequivocally that we are committed to a united Nigeria, where every one is protected and free to practice his/her religion without any encumbrances.

“We call on the Federal Government and the security operatives to be alive to their responsibilities of protection of lives and properties.”