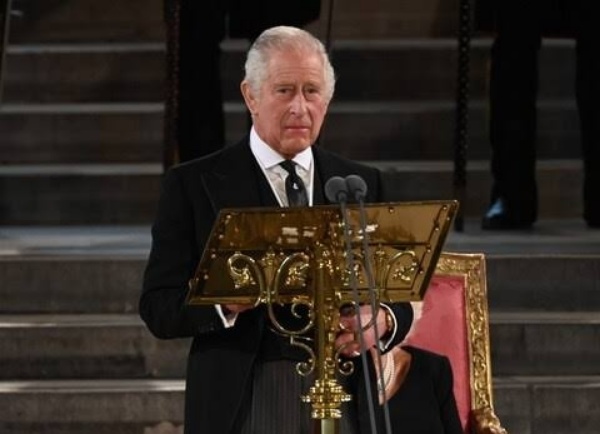 In the brief speech delivered on Monday morning and which lasted a little under five minutes, King Charles extolled the virtues of the late Queen and promised to carry on her legacy.

“The great bell of Big Ben, one of the most powerful symbols of our nation throughout the world, and housed within the Elizabeth Tower also named for my Mother’s jubilee, will mark the passage of the late Queen’s progress from Buckingham Palace to this Parliament on Wednesday,” Charles said in the address delivered at Westminster Hall.

Ahead of the Queen’s lying in state, from Wednesday until her funeral next Monday, Charles said:

“We gather today in remembrance of the remarkable span of the Queen’s dedicated service to her nations and people.

“While very young her late Majesty pledged herself to serve her country and her people.

“This vow she kept with unsurpassed devotion. She set an example of selfless duty which, with God’s help and your councils, I am resolved faithfully to follow,” Charles said.

Related Topics:King Charles
Up Next