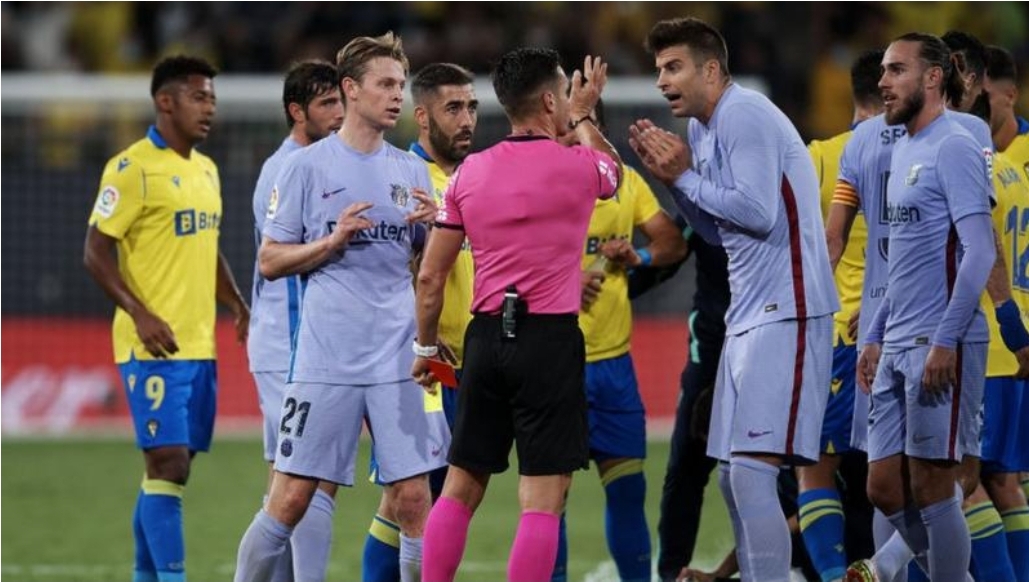 Pressure keeps growing on Barcelona manager Ronald Koeman as his side were again held to a goalless draw in their La Liga clash against Cadiz on Thursday night.

Koeman, whose side now have just nine points from five games, was sent off in the dying minutes of the game following angry reactions from the coach.

Barca were already reduced to 10 men five minutes after the hour mark when Frankie de Jong was shown a second yellow card and was dismissed.

The Catalan giants now have just two wins from five La Liga matches as speculation mounts over Koeman’s future at the club.

But it could have been worse for Barcelona, as they needed goalkeeper Marc-Andre ter Stegen to pull off several impressive saves late on to take home a point.