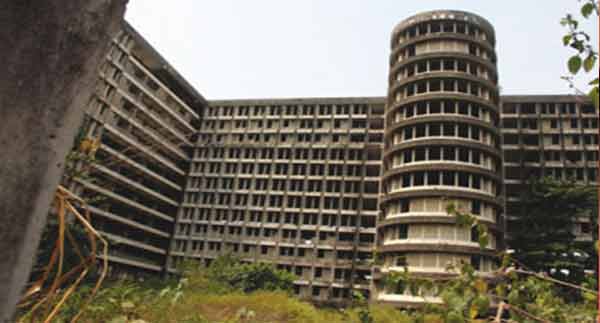 The Lagos State Government has stopped illegal construction works within the premises of the old Federal Secretariat and other parts of Ikoyi, in Lagos.

The Commissioner for Physical Planning and Urban Development, Dr Idris Salako stated this in a statement titled ‘LASG says no to illegal developments as it halts building construction at old Federal Secretariat, other parts of Ikoyi’
by its Assistant Director, Public Affairs, Mukaila Sanusi on Monday.

According to the statement, the Commissioner visited the old Federal Secretariat, Ikoyi in the company of the Special Adviser to the Governor on Urban Development, Ganiyu Ayuba, and the Permanent Secretary, Foluso Dipe.

Mr Salako ordered the sealing of seven other illegal ongoing constructions in Ikoyi while noting that they contradict Lagos physical planning law.

He pointed out that “The promoters of the Obed’s Court on Lugard Avenue have committed all known infractions of the physical planning laws of Lagos State, including erecting building without planning permit, creating over density and violating the adequate air space requirement for buildings among others.

“It is high time that property owners and developers came to terms with the fact that no physical development would be allowed to go on without recourse to the Lagos State Government for physical planning purposes,” he said.

Related Topics:IkoyiLagos State
Up Next

COVID-19: Actress, Iyabo Ojo, accuses airport officials of extortion, says she paid for virus test that was not conducted