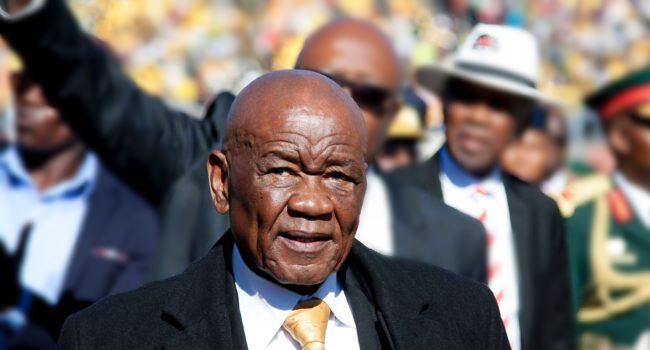 Embattled Prime Minister of Lesotho, Thomas Thabane, who is accused of murdering his estranged wife, has informed that he “intends to resign on Wednesday because of old age”.

He said he will inform King Letsie III, the traditional ruler of the tiny mountain kingdom, of his decision.

“I will have to go and inform him that I am leaving. Normally he would say ‘fine’,” he was quoted as saying on Tuesday.

Mr Thabane and his current wife Maesaiah deny involvement in the murder of Dipolelo Thabane – who was shot several times outside her home in 2017, on the eve of Mr Thabane’s inauguration.

Dipolelo’s murder case is still before the courts.

Scandal-hit Thabane had earlier declared that he will not be pushed out of office until he is ready to leave.

Mr Thabane told a popular newspaper last month that nobody had the right to set the time for his departure, despite a government pledge to give him a dignified exit.

The 80-year-old prime minister has been under pressure to step down over suspicions he was involved in the murder of his estranged wife three years ago, however, the move to unseat him may have yielded results with his decision to resign.

To end killings by bandits, Senate begs Buhari to implement its committee report