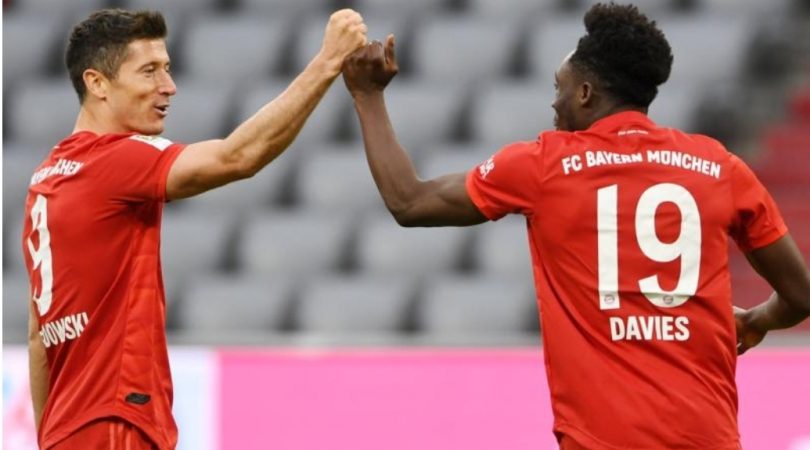 Bayern Munich forward, Robert Lewandowski bagged a brace to help his side beat Fortuna Dusseldorf 5-0 in the Bundesliga on Saturday.

The goals took the Poland star’s tally to 43 in all competitions for Bayern this season, which equals his most prolific season.

With the win, the league leaders have now gone 10 points clear of second-placed Borussia Dortmund, who face Paderborn on Sunday.

Bayern were 3-0 up by half-time, Benjamin Pavard and Lewandowski scoring after Mathias Jorgensen’s own goal opened the scoring.

Lewandowski’s second of the day then made it 4-0 before Teenager Alphonso Davies added the fifth with a superb individual effort.

Bayern are close to lifting an eighth successive Bundesliga title at the end of June.