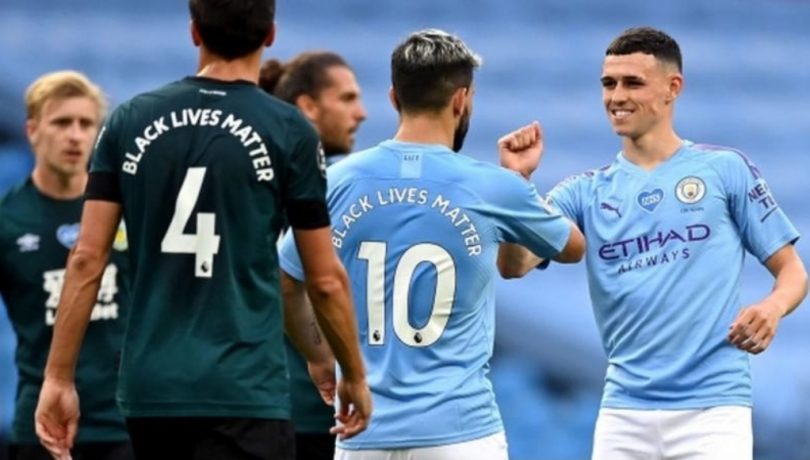 Riyad Mahrez and Phil Foden both scored twice as Manchester City thrash Burnley 5-0 in the Premier League on Monday night.

The defending champions bagged three goals in the first half, with Foden opening the scoring before Mahrez’s brace – a solo effort in the 43rd minute and a penalty before the break.

David Silva made it 4-0 soon after the break, before Foden added a fifth after Gabriel Jesus helped on a Silva cross.

The victory by second-placed City ensured Liverpool will have to wait a little longer to wrap up the Premier League title.

A win for Liverpool against Crystal Palace at Anfield on Wednesday would have been enough to officially hand them the title if Pep Guardiola’s side had lost to Burnley.

But as it stands, the Jurgen Klopp team must beat Palace and then rely on City dropping points against Chelsea on Thursday or go on to beat City at the Etihad Stadium to clinch the title.