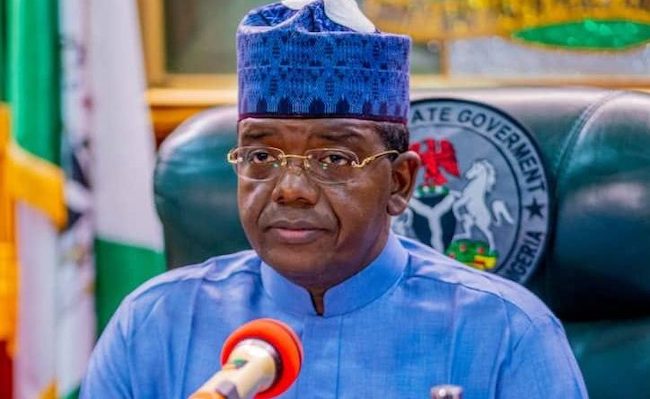 Amidst the current leadership crisis plaguing the ruling All Progressives Congress (APC) Governor Bello Matawalle of Zamfara has warned his colleagues against issuing incendiary statements capable of tearing the party apart.

Matawalle made this call on Friday through a statement issued by Mr Zailani Bappa, his Special Adviser on Public Enlightenment, Media, and Communications in Gusau.

“It is not right for us to wash our dirty linens in the media, especially at this critical time of the party’s transformation as we move towards a decisive period in 2023.

“I believe that each of us has been trying his best in his way to move the interest of our great party forward.

“His Excellency, Gov. Mai Mala Buni has no doubt, contributed immensely to the promotion of the party’s fortunes and indeed all other governors who disagreed with one another.

“However, we all disagree to agree. That is the beauty of democracy. There is no point in promoting disharmony among ourselves after disagreements are settled,” he said.

The Governor further cautioned against pressuring President Muhammadu Buhari into taking sides in the ongoing conflict between Governor Sani Bello of Niger State and Mai Mala Buni of Yobe over the chairmanship of the Caretaker/Extra-ordinary Convention Planning Committee of the All Progressives Congress.

”It is not wise to drag the name of His Excellency, Mr President into taking sides on issues that are ordinarily a normal political misunderstanding common to every collection of interests.

“Now, more than ever before, the party needs the strength and unity to face the challenges ahead as we move towards the critical period of elections of which the party must maintain its supremacy at all levels.”

He commended President Muhammadu Buhari for his fatherly role in the party’s affairs.

“Together as one, we shall continue to conquer and prosper,” he said.

On Thursday, the Ondo State Governor, Rotimi Akeredolu, accused Buni of trying to supplant the will of President Muhammadu Buhari.

The President had earlier in the week sanctioned the removal of the Yobe State governor as acting chairman of APC over an alleged plot to scuttle the ruling party’s forthcoming national convention.

He had since been replaced by the Niger State Governor, Abubakar Sani Bello as the party’s acting chairman.

The APC will hold its national convention on March 26.