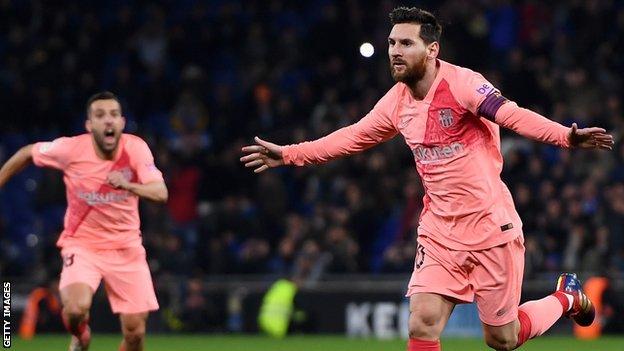 The Argentine forward first found the top corner from the edge of the penalty area to put the visitors ahead in the 17th minute.

Ousmane Dembele doubled the lead with a curling finish before Luis Suarez made it 3-0 from a tight angle.

Another sensational set-piece taken by Messi then completed the victory for Ernesto Valverde’s side.

Sevilla missed the chance to go top after they played a 1-1 draw against Valencia earlier on Saturday.

Barca will face English Premier League side, Tottenham, in the Champions League on Tuesday.