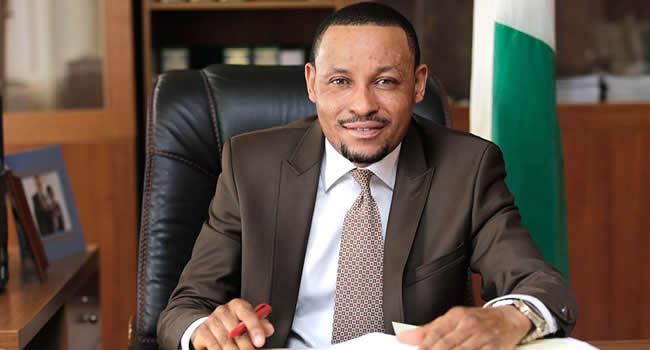 The spokesman of the Code of Conduct Tribunal (CCT), Ibraheem Al-Hassan, has been recalled by the Ministry of Information following an error-strewn press statement he issued after the Tribunal’s Chairman, Justice Umar Danladi, was captured on video assaulting a security guard at the Banez Plaza in Wuse II, Abuja, on March 29.

Al-Hassan was reportedly removed on Tuesday over school boy errors and the ethnic profiling of the Igbos by labeling the miscreants who attacked the CCT chairman as “Biafran Boys” in the statement.

Although the spokesman later apologized for his blunders, saying he was under pressure.

His claim that Umar asked him to use the “Biafran Boys” inference following serious backlash and outcry from Nigerians, did not appease Nigerians who felt he was trying to stoke up ethnic violence.

The Chief Registrar of CCT, Abdulmalik Shaibu, who confirmed Al-Hassan’s recall by the ministry, said a placement had already been sent to the tribunal.

He said: “It is true. He (Al-Hassan) was posted to us from there in the first place.

“I got the news that he has been recalled but there is no official letter yet from the ministry.

“I was told there is an official letter but we are still waiting for it. A replacement came in last Friday, and Ibraheem came to introduce him to us.

“We are hoping an official letter will come this week so that the new person can resume fully.

“It is like a routine posting. They can post and recall at any time. Ibraheem has spent about seven years with us.

“There is no fixed tenure. Or the ministry should know. We don’t know what the norm is in the ministry. We just see them.

“Maybe if I see the letter which we are still expecting, the reasons might be stated.”

Related Topics:#featuredCCTCCT spokesman
Up Next

I was invited, not arrested by EFCC – Okorocha