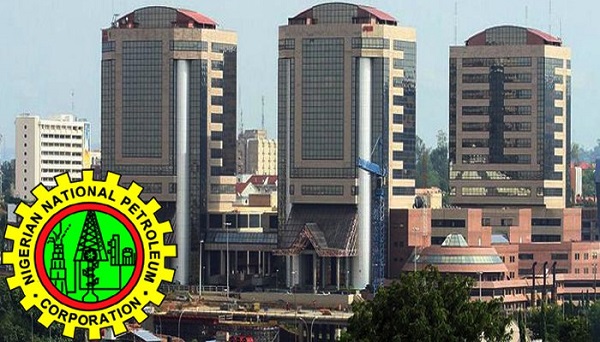 The Nigerian National Petroleum Corporation (NNPC) has been called out by the National Association of Nigerian Students (NANS) over the age limit it set during its recent recruitment.

In a statement issued on Thursday, NANS, advised the NNPC threatened to reconsider the age limit contained in its recent vacancy notice protest or risk a mass protest.

NNPC recently invited applications from candidates for a number of positions including trainees who must not be more than 28 years as of Dec. 31, 2018.

The trainee applicants are also expected to have graduated from a university or polytechnic not earlier than 2014.

In reaction, NANS expressed that, “The NNPC cannot claim ignorance of the many challenges that attend our educational system and how these have greatly stretched degree programmes in public owned institutions.

“It is on record that the recent employment process of the NNPC automatically disqualifies job seekers above the age of 28 and all who obtained a degree certification beyond 2014.

“The criteria for employment being canvassed and pursued by the Corporation, is not only discriminatory but also unpatriotic and reminiscent of an autocratic institution,” it said.

The association queried the logic behind the criteria for employment by the NNPC as it adversely affected youths and others inherently qualified for employment.

“It is the height of bureaucratic excess and overreach for the NNPC to deign to place an age ceiling over expertise.

“Age should not determine the fate of a million job seekers on a discriminatory whim with no bearing on the dynamics of our time,” the association said.

Similarly, a Human Rights Lawyer, Pelumi Olajengbesi has echoed the position of NANS and cautioned the NNPC to remove the age limit for applicants or risk being sued.

According to Olajengbesi, NNPC’s recruitment process affirms the long-held suspicion that it is a law unto itself.

The lawyer said Section 42 of the 1999 Constitution of Nigeria (as Amended) expressly protected all Nigerians irrespective of status from discriminatory processes.

He said the portion did not foreclose on discrimination in the labour industry, as it derived from federal corporations or agencies. “The on-going recruitment process in the Corporation affirms the long-held suspicion that `it is a law unto itself’, devoid of observance of best global labour practices.

“Let it be noted that there is an actionable instance against the NNPC in the event it fails to caution itself and take the part of equity in the issue before it,” he said.

Olajengbesi urged President Muhammadu Buhari, the Minister of State for Petroleum, Mr Ibe Kachikwu, and Alhaji Maikanti Baru, Group Managing Director of NNPC to revisit the criteria laid out by the NNPC in its recruitment process. He noted that this would be in the interest of all Nigerians.