NASS REPUBLIC: As Lawan harps on food security. Two other stories, and a quote to remember | Ripples Nigeria 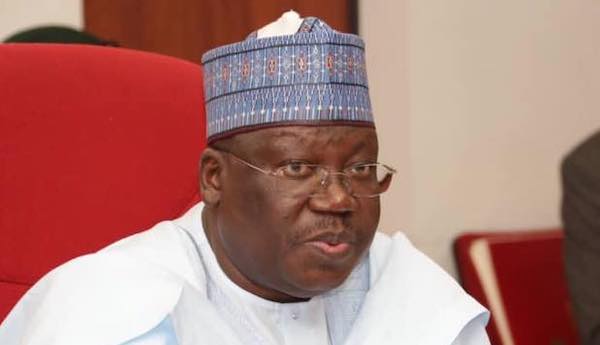 Last week, the Senate President, Ahmad Lawan, revealed his worries over the possible negative effects of the never-ending farmers-herders clashes.

Already, the clashes have bred mutual distrust between ethnic groups and even snowballed into a series of unpleasant exchanges between governors from different regions of the country.

Lawan’s concerns, like those of many other Nigerians, are looking to manifest in real terms as the consequences of the crisis are beginning to take their toll on ordinary Nigerians.

This, and other stories made the rounds past week as the National Assembly (NASS) carried on with its legislative duties.

On February 25, the President of the Senate, Ahmad Lawan, expressed fears over the prevailing farmers-herders clashes describing it as a threat to food security in the country.

Speaking while playing host to the British High Commissioner to Nigeria, Catrriona Laing CB, Lawan had said: “I’m of the view that because the rainy season will be here in the next two, three months, we need to secure the whole environment because for the peasant Nigerian, what is crucial to him is to be alive and go to his farm.

“If the environment is not secured, farmers will not be able to go to farms and that will be a big challenge to us because it is not going to be easy for us to provide food for all the Nigerian peasant farmers.”

Lawan’s fears are not new. They merely re-echo the ongoing discourse on the future of food security in the country and the seeming inaction or helplessness of the Nigerian state to contain security challenges posed by bandits and Boko Haram insurgents.

These security threats have seen to the destruction of crops and, in some cases, loss of lives. The massacre of no fewer than 43 rice farmers in Garin Kwashebe community, Borno State, by the Boko Haram insurgents, on November 28, 2020, is still fresh in the minds of many.

Besides, reports abound of how bandits levy farmers before they can work on their farms.

The accompanying skirmishes and mutual distrust recently led to an embargo of food and animal supplies to the South.

Indeed, the challenge of food security in Nigeria looms large and no keen observer needs a Lawan to sing the reality tune.

Lawan and other political leaders must realize, therefore, that this is not the time to play politics but a season to build necessary synergies across political divides to stem insecurity and guarantee food on the table of Nigerians.

“The perpetrators of the invasion and looting were not #EndSARS protesters but coordinated hoodlums. They even broke down doors to rooms in the house to steal valuable assets. It was a pure daylight robbery. The actions of the hoodlums are condemnable and it is very disheartening that some bad elements in our society are hiding under the guise of #EndSARS protests to loot and disrupt the peaceful atmosphere in Nigeria. I thank God we did not record any fatality, despite the violent invasion of my Oluyole House, looted materials and vandalisation therein?”

Senator Ali Ndume, on February 27, asked President Muhammadu Buhari to sign an Executive Order on Unexplained Wealth as a productive means for financial investigation in the country.

“Unexplained Wealth Order must be domesticated in Nigeria. President Muhammadu Buhari should sign an Executive Order on Unexplained Wealth to enable the new Chairman of the Economic and Financial Crimes Commission (EFCC), Abdulrasheed Bawa to work.

“If one is in a house more than his salary, government should go after such a person to explain how he got the money. Mr. President should send a bill to that effect to the National Assembly to work on and pass,” he said while speaking to journalists in Abuja.

Ndume’s moves suggest a resolve and commitment to fighting corruption. It is also a call for value reorientation, with its possible implications for the anti-graft war as Bawa settles into his new task as EFCC Chairman.

However, as good as Ndume’s request sounds, it can only come to manifestation if Buhari fancies the idea. Hence, he should regard his work as not completely done until he is able to persuade Mr President to initiate an Executive order in that regard.

The other hard task, which may be considered suicidal, is to try and persuade his NASS colleagues to commit class suicidal by publicly giving up all that they had illegal acquired as most of them are certainly living above their means.

On February 25, the Speaker of the House of Representatives, Femi Gbajabiamila, reaffirmed the resolve of the 9th Assembly towards laying the foundation for great achievements.

Gbajabiamila gave the assurance while receiving the report of the Sectoral Roundtable Session (SRS), on Nigeria’s healthcare delivery system.

He had said: “We lay claim to the foundation for the revolutionary achievements we recorded. We have the Green Chamber magazine that educates the public about what we do. We now have the Green Book on sectoral engagements.”

Gbajabiamila’s attempt at self praise is understandable. By his disposition, he is the chief marketing officer of an assembly perceived by many as pursuing narrow group interests.

What would be of interest to countrymen, indeed, is whether Gbajabiamila’s aggregated achievements would pass the robust integrity test of Nigerians.

A probable shortfall would clearly indicate that Gbajabiamila’s claims to successes are mere acts of grandstanding.

He made the statement on October 25, 2020, after hoodlums invaded his house in Ibadan, the Oyo State capital, and looted several items, most of which were empowerment materials bought with public funds by a Federal Government Agency which were given to him for distribution. Folarin represents Oyo Central in the Red Chambers of the National Assembly.

Related Topics:#featuredGbajabiamilaLawanNASS REPUBLIC
Up Next

Nigerian govt pledges to build one oxygen plant in each state