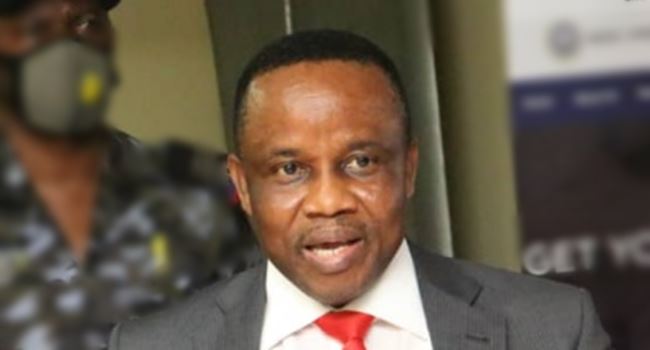 Akwa asserted this at the NDDC Strategic Capacity Building Workshop in Uyo, on Friday, noting that the Commission was done with its unsavoury past, as it is now focused on continuous consultation and collaboration for effective development of the region.

“We are here today in furtherance of our ongoing consultations with internal and external stakeholders of the NDDC for speedy development of our beloved Niger Delta region.

“The NDDC is born again. Contrary to its unsavoury pasts, the core of our new personae is continual consultations and collaboration with stakeholders to co-create commonalities for effective development of the Niger Delta,” Akwa said.

He called on all stakeholders of the NDDC and the Niger Delta to collaborate and “reason together” with the commission, to create a common way forward for the benefit of the people of the region.

However, this comes less than a week after some stakeholders of the region kicked against the four-month tenure extension granted to Akwa as the Sole Administrator of the Commission.

The stakeholders accused Akpabio of failing to facilitate the inauguration of a substantive board for the commission, following the expiration of the Akwa-led interim managers.

They recalled that when Akwa was appointed in December 2020 as a sole administrator amidst protests, Akpabio promised that his tenure would end in four months, which expired on March 31, 2021.

The groups argued that Akpabio has been using the forensic audit to justify the interim management’s continued stay in office beyond April 1, thus ignoring a collective decision on the inauguration of the board to run the affairs of the commission in line with the Act establishing the NDDC.

PANDEF expressed disappointment at the conduct of the minister and accused President Buhari’s administration of “shifting the goal post” on the issue.