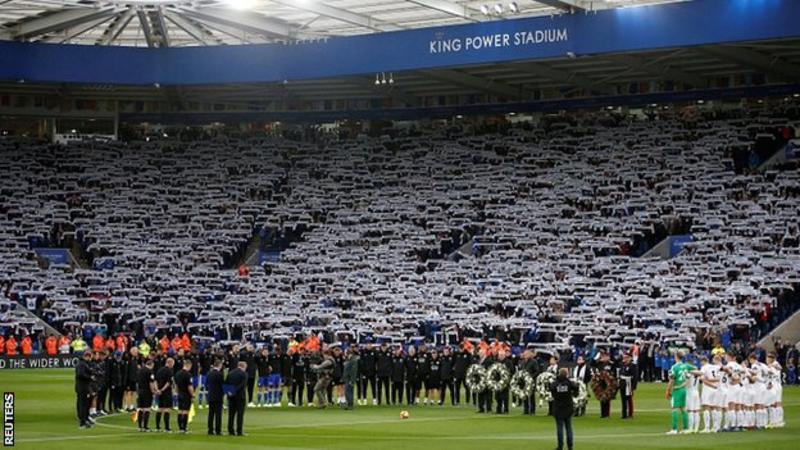 Super Eagles duo of Wilfred Ndidi and Kelechi Iheanacho were in action as players and fans of Leicester City paid their respects to owner Vichai Srivaddhanaprabha at the team’s first home game since his death.

The Foxes were held to a goalless draw at the King Power Stadium by visitors Burnley, with Ndidi on from the start to finish of the encounter while Iheanacho was subbed on in the hour mark.

Mr Vachai, and four others, died in a helicopter crash outside the Stadium on October 28th, and was buried last weekend at his home country, Thailand.

Thousands of fans, who wore scarves saying ‘Forever in our Hearts,’ marched from Jubilee Square to the stadium before the game commenced; and players wore a special t-shirt in the first half as two minutes silence was also held.

In the other Premier League clashes that were played concurrently, Newcastle United edged Bournemouth 2-1, Southampton played 1-1 with Watford, and Huddersfield also drew 1-1 against West Ham.