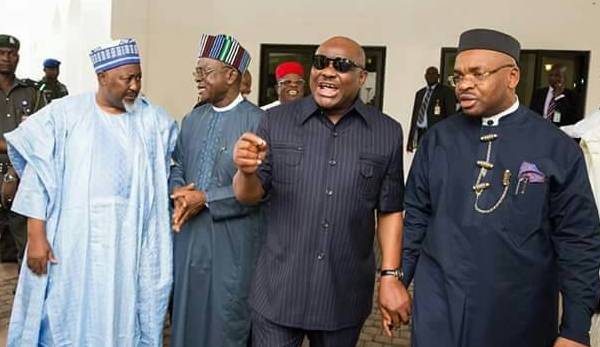 The Nigeria Governors’ Forum (NGF) said on Monday Rivers State Governor, Nyesom Wike, remained an old and very strong member of the forum despite his recent attack on the governors.

The governor had in his reaction to last week’s disqualification of Edo State Governor, Godwin Obaseki, from the All Progressives Congress (APC) governorship primaries in Edo State, described the NGF as a “beggars’ forum.”

However, in a statement issued by its Head of Media and Public Affairs, Abdulrazaque Barkindo, the NGF said Wike is an old and very strong member of the forum.

The statement read: “Beggars’ Forum: Governor Wike is an old member of the NGF and a strong one at that.

“He could not have referred to the NGF as a Beggars’ Forum. Blame it on the author of the release, Mr. Nsirim, the Information Commissioner in Rivers State who could not distinguish between the NGF and the Progressive Governors’ Forum which is the political platform of APC governors.

“The NGF has six core mandate areas and politics is not one of them. The NGF is happy to state that Governor Wike is one of its strong members and has delegated his deputy governor to the Forum and she has never missed any meeting.

“The NGF appeals to all media advisers to seek to acquaint themselves with the different groups that their chief executives belong to in order to avoid making such misrepresentations that are entirely political and not governance related.”