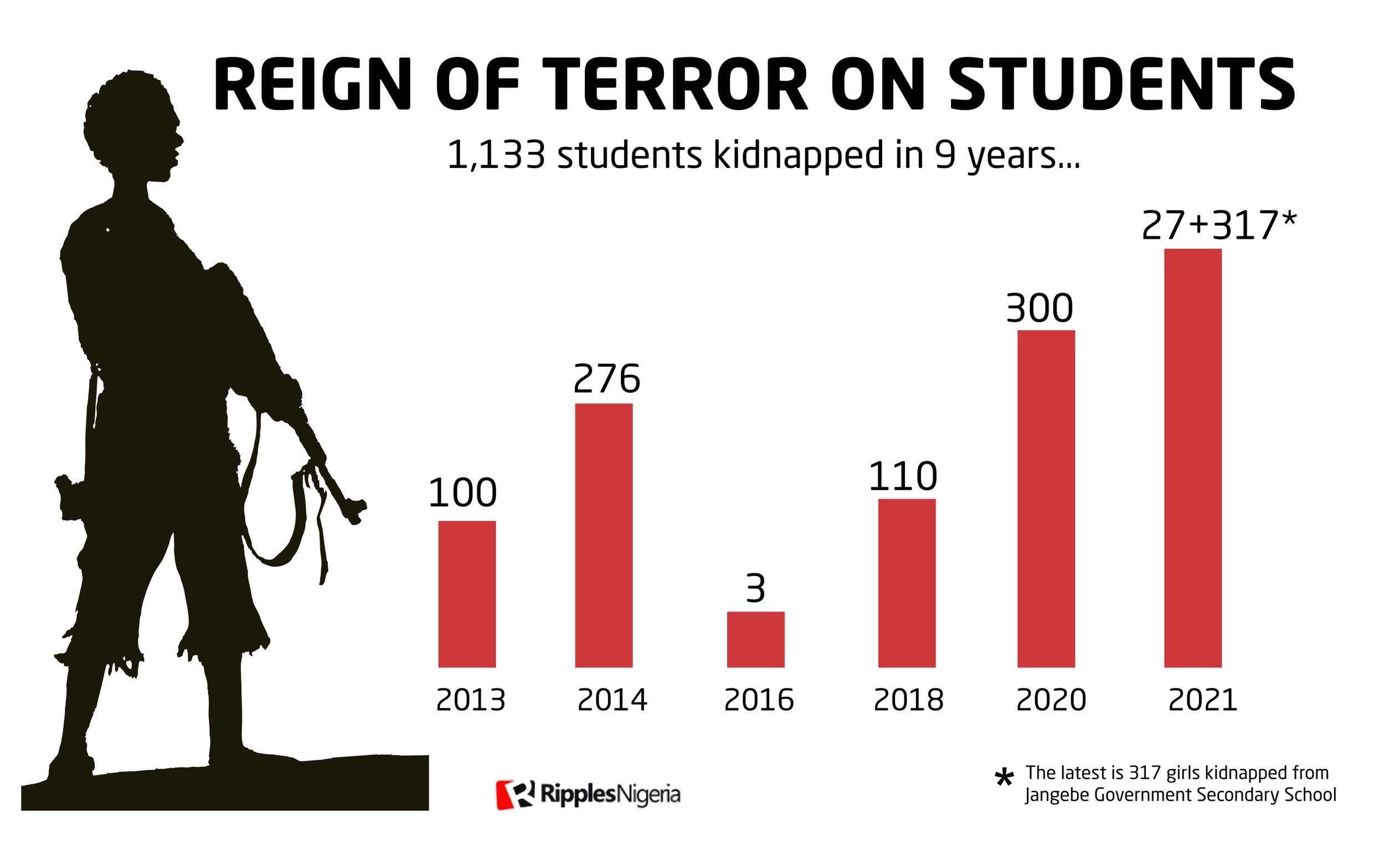 The latest kidnap of over 300 schoolgirls at Government Girls Secondary School, Jangebe in Zamfara State on Friday has pushed the number of students kidnapped in the last nine years past 1000.

This is coming less than a month after Ripples Nigeria that reported over 802 students have been abducted by gunmen across the country.

Although, the exact number of students this time remains debatable, the figure of 317 reported makes it the fifth mass kidnapping of students.

Here is a timeline of the other school mass kidnapping.

In the most notorious kidnapping of recent years, Boko Haram militants abducted 276 schoolgirls from the town of Chibok in Borno state in the north-east. The incident drew widespread global attention and, though many of the girls have since been found, rescued by the army, or freed in negotiations, 100 are still missing.

Islamic State’s West Africa branch kidnapped more than 100 schoolgirls from the town of Dapchi in north-east Nigeria, all but one of whom – the only Christian – were released. A ransom was paid, according to the United Nations.

Dozens of gunmen abducted 344 schoolboys from the town of Kankara in north-west Katsina state. They were freed after six days but the government denied a ransom had been paid.

Unidentified gunmen kidnapped 42 people including 27 students, and killed one pupil, in an overnight attack on a boarding school in Kagara in the north-central state of Niger. The hostages were released on Saturday February 27.

In the third kidnapping in three months, 317 schoolgirls were abducted from the town of Jangebe in north-west Zamfara state.