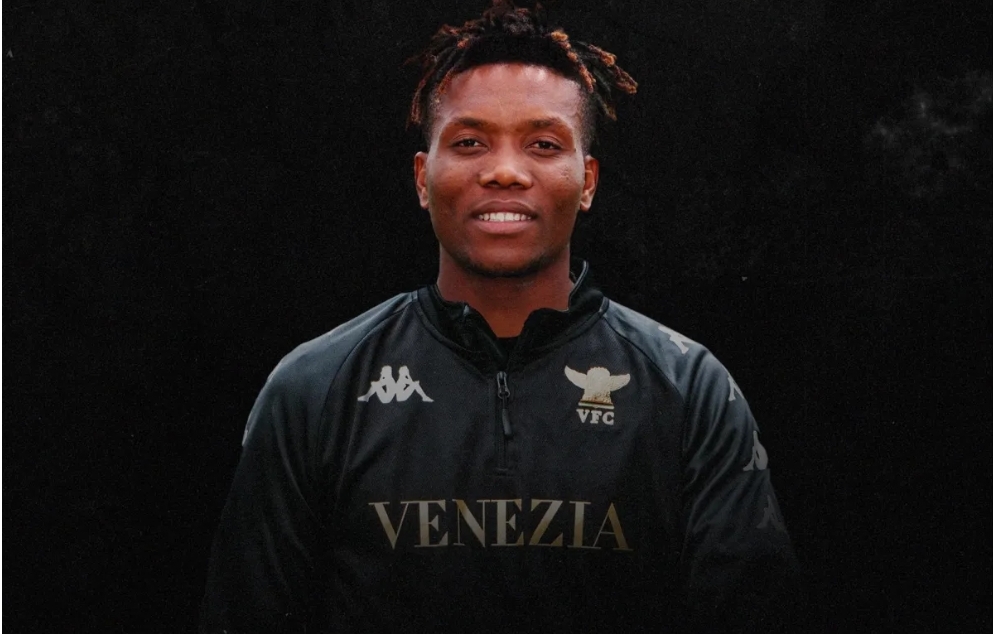 Serie A club, Venezia have officially secured the services of Nigerian striker, David Okereke who has joined the club on loan.

The club confirmed his loan move in a statement released on their official website on Thursday.

“Venezia FC is pleased to announce the signing of Nigerian attacker David Okereke, 23, on loan from Club Brugge,” the statement read in part.

“Okereke came through the youth academy at Spezia, before ultimately reaching the first team and making his professional debut in April 2016. After three seasons of increasing experience and progress, including a half-season loan at Cosenza, Okereke had a breakout season with Spezia in 2018/19, leading the team with 10 goals and 12 assists in Serie B.

“Okereke’s form at Spezia prompted a move to Club Brugge in July 2019. In his first season with the club, Okereke made 22 appearances (13 starts) and scored nine goals to help Club Brugge win the Belgian league, while also making eight appearances in the UEFA Champions League and one appearance in the UEFA Europa League Round of 32.

“Last season, he made 30 appearances (eight starts) and scored four goals in domestic competition as Club Brugge won the league and cup double, while also making five appearances in the team’s European campaign, which again started in the Champions League and ended in the Europa League Round of 32.

Okereke has never been called up for Super Eagles duty, but has represented Nigeria with the U-23 team, playing once and scoring once.