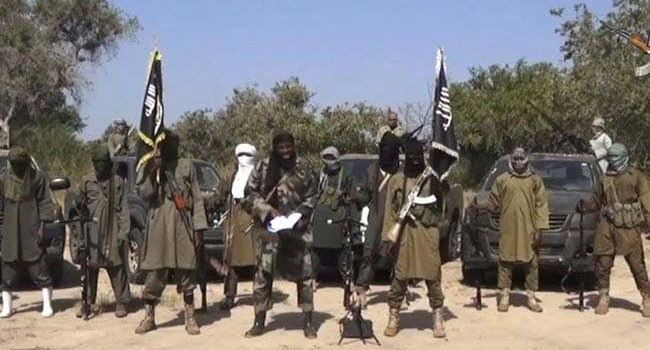 The Nigerian Army says its Air Components of the Multinational Joint Task Force (MNJTF) have eliminated some top commanders of the Islamic State West Africa Province (ISWAP) and Boko Haram sect and also destroyed their training camps in the Lake Chad axis in sustained operations within the past one week.

The Theater Commander of Operation Hadin Kai, Maj. Gen. Christopher Musa, who disclosed this while briefing newsmen on the activities of the troops in the fight against terrorism on Saturday in Abuja, said the military carried out coordinated attacks spearheaded by the air taskforce on Thursday, April 14, 2022, at Tumbun Rego, to take out the insurgents.

“The Intelligence, Surveillance and Reconnaissance (ISR) of the joint air taskforce on April 13, 2022, specifically sighted a large number of terrorists, a logistics and training camp, about 29 motorcycles and 4 vehicles concealed under trees at Tumbun Rego

“With the credible intelligence, that indicated that the location also served as an abode for some top ISWAP commanders, the joint airstrikes were conducted on April 14, 2022, which led to the elimination of key ISWAP/Boko Haram commanders including Ibn Usman, Hani Abdullahi, Abakar Shuwa, Abu Jibrillah and Abu Ali.

“Using a mix of NAF and Nigerien Air Force aircraft, the aircraft attacked the adjoining locations that serve as havens of their fighters, followers and families.

“On April 15, 2022, the mop-up operations were conducted by the Nigerian Army under Operation Lake Sanity who have already captured most of the terrorists’ enclaves in Sambisa Forest and with their ongoing onslaught in the Tumbuns.

“The airstrikes and the operations of the ground troops have led to the death of scores of terrorists where many others were seriously injured,” Musa said.

He added that attempts by the insurgents to frustrate the advancing of ground troops by planting Improvised Explosive Devices (IEDs) on highways and operational routes in the North East were thwarted by the troops who succeeded in diffusing some of the landmines during their operations.