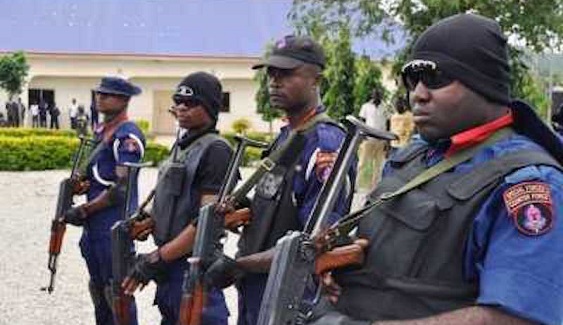 In what seems a recurring scourge, the Nigerian Security and Civil Defence Corps (NSCDC), Edo Command, has revealed that it scuttled an attempted jailbreak by inmates at the Nigerian Correctional Service (NCoS) facility, Ubiaja, Esan South East Local Government Area.

This was contained in a statement issued by Richard Ogbebor, the Public Relations Officer (PRO) of the command in Benin, disclosing that the attempted jailbreak occurred from 15:00 hours to 17:00 hours on Wednesday.

Ogbebor explained that the corps had received a distress call on the attempted jailbreak and subsequently mobilised its personnel led by Mr Samuel Ogbeide, an Assistant Superintendent of Corps 1, to the facility.

He said, “On getting to the facility, it was discovered that the inmates had broken out from their cells and were already engaging the correctional officers in fight.

“In a bid to bring the development under control some of the officers sustained different degrees of injury.”

He further said that, however, with assistance from the personnel from the Nigerian Army, 4th Brigade, and the Edo Command, Nigerian Police Force, the inmates were eventually overpowered and taken back to their cells.

He added that security had been fully beefed up at the correctional facility by all security agencies.

This latest attempt further highlights the scourge of insecurity in the country as inmates are increasingly emboldened by the successful jailbreak in Imo State some weeks ago.

However, the Correctional Service pledged to work with the Nigerian Army in order to provide requisite training to its personnel to stem the tide of the menace.

The Benin prison had also experienced a jailbreak during the #endSARS protests that engulfed many parts of the country in 2020, as protesters had set inmates from the prison free.

Two Nigerians sentenced to death for drug trafficking in Vietnam