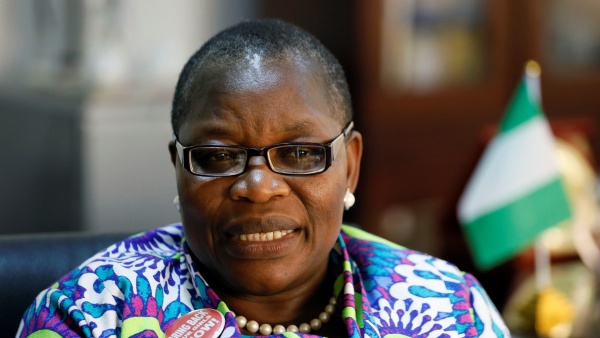 Former Minister of Education and founder of FixPolitics Initiative, Obiageli Ezekwesili, has bemoaned the disastrous nature of politics in Nigeria, adding that it was deserving of urgent overhaul.

Oby, in a statement on Monday, noted that Nigerian leaders were indifferent to the problems ravaging the entire country.

She was particularly disillusioned by the recent reality of incessant kidnapping, banditry and others, which have paralyzed the country.

She added that her recent involvement in the political activities in the country was inspired by her plan to bring up moves capable of changing the country’s political dimension.

She reiterated that fixing Nigeria’s embarrassing politics demands a cosmopolitan reorientation in the quality of the electorate, system structure and leadership philosophy.

She added that Nigeria’s arrested development could be exonorated through quality leadership, the readiness of its citizens and a change in the country’s political system.

She said: “To fix a country’s politics it takes three things: an engaged and empowered electorate, a pipeline of competent and ethical new leaders, and a regulatory structure that keeps the political process fair and competitive.

“I was pushed in by the disillusionment with the handling of the kidnapping by two successive Nigerian governments of Goodluck Ebele Jonathan and President Buhari. This has helped push me toward politics after a long career focused on policy. Although some of the girls have been returned, more than 100 are still missing seven years later.

“I got so disenchanted about governance and the politics that was leading to this level of indifference from the government and felt really like, my God, we the elite of our society have let down the poor people in our society, and we’ve done it in this very terrible kind of way”, she added.

The former Minsiter identified politics as the root cause of Africa’s problems as a continent, stressing that part of her efforts to reform politics in Nigeria was her creation of School of Politics, Policy and Governance, meant to build a “massive base and pipeline of a new and disruptive-thinking political class.”

“I was not a politician. I was a technocrat. I didn’t have to play politics, so I didn’t care about it. But I wasn’t seeing then that it is politics that gives you the governance, which gives you the policy. It is the politics that is the root cause of all our problems on our continent, Africa”, she noted.

Nigeria is a sick country in need of deliverance —Fani-Kayode

‘Atiku should be arrested, extradited to US to face corruption charges’ —Ex aide, Afegbua