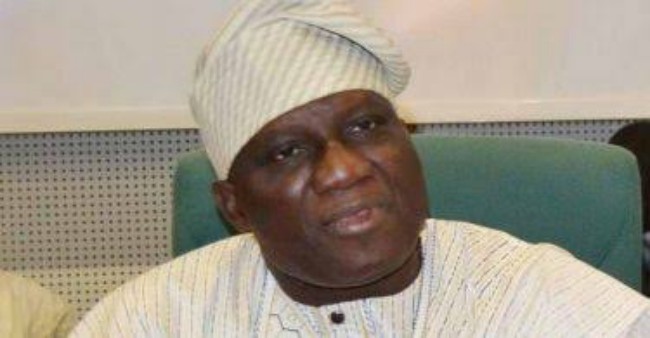 The Osun State chapter of the All Progressives Congress (APC) has lambasted former Deputy Speaker of the House of Representatives, Lasun Yussuf over comments credited to him that the 2018 gubernatorial election in the state was rigged by the party.

Lasun, a stalwart of the party, who made the allegations on a radio programme on Friday, said that those who perpetrated the rigging were later compensated with juicy appointments and plum positions in the administration.

While on the programme, the former Deputy Speaker who recently picked up his nomination form for the 2022 governorship election, challenged the party hierarchy to dispute his allegations as he insisted he has evidence to prove that the 2018 election was rigged and the party did not win fair and square.

“I can say categorically that the 2018 governorship election in Osun State was rigged and the agents they used to rig were compensated with juicy appointments by the present administration,” Yussuf said.

But in a swift reaction to Yussuf’s allegations, the state chapter of the party described the statement credited to the former Deputy Speaker, House of Representatives as spineless and lacking substance.

In a statement by the APC spokesperson in the state, Barrister Kunle Oyatomi, the party dismissed the allegations, saying that such claims could only come from a “very desperate, dishonourable, and selfish politician, seeking public attention by misleading the citizenry.”

Oyatomi noted that “Yussuf is seriously in need of medical examination as there is no iota of truth in his incoherent allegation, and the onus of proof is his responsibility.”

“We challenge him to come straight with the facts and figures to contradict what is known to all Nigerians and the law of the land,” Oyatomi said in the statement.