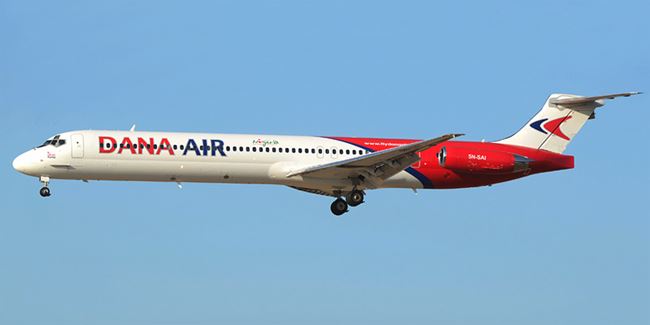 A passenger with disability, Dr Chike Okogwu, has petitioned the management of Dana Air seeking N10 billion for alleged unlawful infringement of his fundamental human rights on December 20, 2020.

This was disclosed in a letter by the passenger’s solicitor, Wahab Egbewole & Co. dated January 11th, 2021, addressed to the airline’s managing director titled ‘Discriminatory and unprofessional conduct of Dana airlines against Dr Chike Churchill Okogwu’.

The letter revealed that Mr Okogwu’s morning flight was rescheduled on the morning of his flight to 9:15pm on the same day and a staff later told him after he had been issued a boarding pass that the company’s policy do not permit carrying a passenger in a wheelchair at night.

It read in part, “We are reliably informed by our client that on December 17, 2020, he booked two business class tickets for his carer and himself for a flight from Abuja to Lagos scheduled for Sunday, December 20, 2020. However, in the morning of the scheduled flight, he received an email from Dana Air notifying him of a rescheduling of the flight to 9:15 pm on the same day.

“Though, the duty manager asked our client to return the next day by 7pm in a very rude manner, she failed to give further assurance whether this would not happen again, and the demand by our client to be accommodated for the night in a hotel in line with Nigerian Civil Aviation Authorities regulations was bluntly turned down.

“Our client views the conduct of the duty manager as not only unprofessional, unconscionable but also a violation of his rights to freedom.”

Meanwhile, Reacting to the development in December in a statement, Dana described the passenger’s conduct as violent, noting that he hurt the airline’s staff and destroyed their booking system in Abuja.