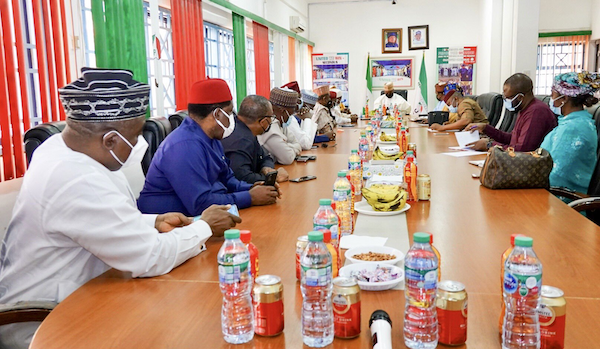 The Peoples Democratic Party (PDP) National Reconciliation and Strategy Committee on Thursday met with governors elected on the party’s platform in Abuja.

The meeting which was held at the Sokoto State Governors’ Lodge in Asokoro Abuja was attended by the host, Aminu Tambuwual, and his Edo State counterpart, Godwin Obaseki.

Also at the meeting were former Senate President, Bukola Saraki, who is the chairman of the committee, the PDP National Chairman, Prince Uche Secondus, and other members of the party’s National Working Committee (NWC).

The meeting was convened to reconcile aggrieved members, and devise strategies for future elections, particularly the 2023 poll.

Reps promise passage of PIB before end of year