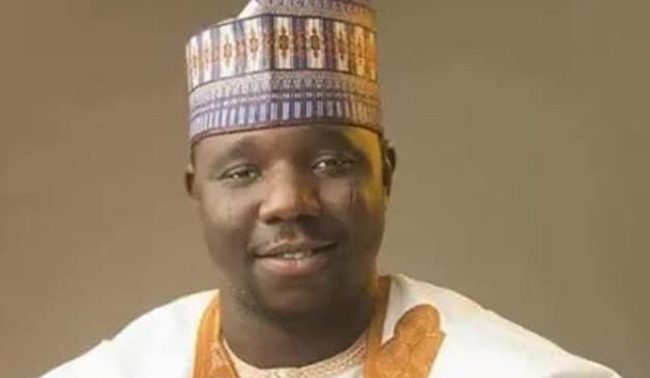 The Speaker of the Plateau State House of Assembly, Abok Ayuba, on Saturday, denied reports on his resignation from the position.

Eight out of the 24 members of the Assembly had on October 28 impeached the speaker.

But the plot was aborted after other lawmakers declared their support for the embattled speaker and restored him to the position.

They later suspended two out of the eight lawmakers that took part in the illegal exercise.

The Senate on November 9 condemned the crisis in the Assembly and asked the lawmakers to respect the constitution and be guided by the rule of law in all legislative business particularly in the appointment and impeachment of a presiding officer.

A faction in the Assembly tendered a resignation letter purportedly written by Ayuba at Thursday’s plenary.

The letter dated November 1, 2021, was addressed to no one in particular.

However, in a statement issued by his Chief Press Secretary, Bulus Atang, the speaker described the purported resignation as fake news.

The statement read: “If the said letter of resignation truly emanated from me, I wouldn’t be seen continuously contesting the illegality going on at the Plateau Assembly.

“The ambition of Sanda-led faction had blinded their consciousness and eyes from seeing the reality.

“The fight is the Plateau fight; it is bigger than him (Ayuba) and the 12 other lawmakers who are with them as they are committed to continuing to stand for justice, equity, and peaceful Plateau, and to victory and stability of democracy.

“One would wonder why, if they had the letter as of 1st November 2021, why are they bringing it out on 18th November 2021? They would have been happy to produce it as early as possible. The crafter doing this forgery is a distraction plan to win the sympathy of Plateau people.”