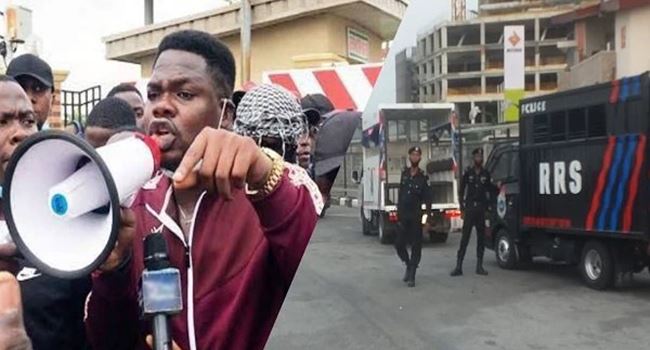 A comedian, Debo Adebayo popularly known as Mr Macaroni was on Saturday arrested by the police at the Lekki toll gate, Lagos where he joined other Nigerians to protest the reopening of the facility.

Macaroni joined the protest against the planned reopening of the Lekki toll gate following alleged killing of protesters on October 20, 2020.

A number of youths had gathered at the toll gate on Saturday against warnings by the police, the state and federal government for them to shun a planned protest today.

They are protesting the reopening of the tollgate which was the scene of shootings last October by soldiers against unharmed protesters during the endSARS protests that rocked the nation.

A panel set up by the state government to probe the Lekki toll gate shooting had given the Lekki Concession Company (LCC) operators of the tollgate the go ahead to takeover the facility, a situation that did not go down well with many Nigerians.

Zoning system, though not constitutional, is a strategy for winning elections –Ganduje