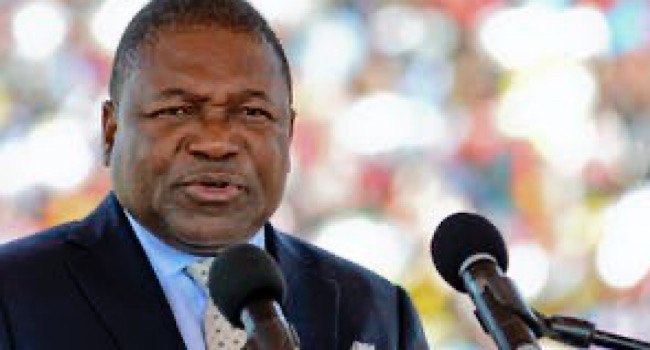 In an effort to bring peace and economic stability to his country, the President of Mozambique, Filipe Nyusi, has offered amnesty to citizens who joined the Islamist insurgency in the gas-rich northern province of Cabo Delgado, and are willing to repent.

Nyusi made the offer on Wednesday in a nationwide broadcast, promising that there will be no retaliation against those who surrender and return to their families as he paid tributes to the country’s national heroes.

The amnesty offer was also extended to citizens who have joined the ranks of a local militant organisation allied to the opposition party, Renamo.

Hundreds have been killed by the jihadists in Cabo Delgado, who launched their insurgency in 2017 while about 570,000 people have been forced to flee their homes.

Nyusi urged the militants to take advantage of the ongoing process of disarmament, warning that the government could enact restrictive measures amid rising coronavirus cases and promised to address the nation later on the pandemic.