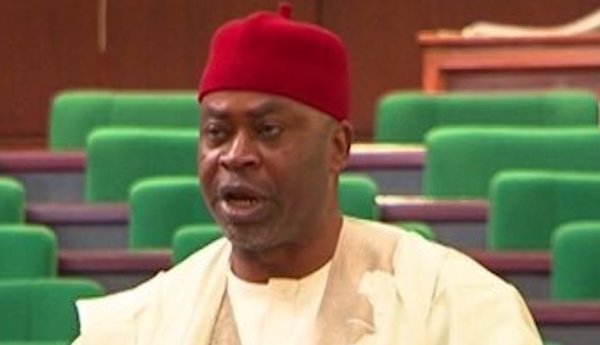 The Deputy Minority Leader of the House of Representatives, Toby Okechukwu, has described the recent killings by suspected armed herdsmen in Ebonyi State, the attack on the former governor of the Central Bank of Nigeria, Prof. Chukwuma Soludo, and the prevailing killings across the country as ominous indications that things are falling apart.

Okechukwu, in a statement issued on Thursday, warned that the country was already “neck-deep into a season of anomie, which if not immediately arrested, would spell doom for the country.”

Okechukwu said, “This continuous carnage as evident from the attack in Ebonyi is a clear indication that things are really falling apart. This massacre of helpless citizens is another sad reminder that we are in a season of anomie where innocent people are unexpectedly mowed down in cold blood without consequences.

“It is unbelievable that non-state actors brandishing AK-47 and other lethal weapons can hold a nation-state of over 200 million people to ransom, undetected, unchallenged and without any consequences.”

Related Topics:ebonyiEnuguSoludoToby Okechukwu
Up Next

There’ll be unrest in Nigeria if Sunday Igboho is arrested, detained or killed —Fani-Kayode