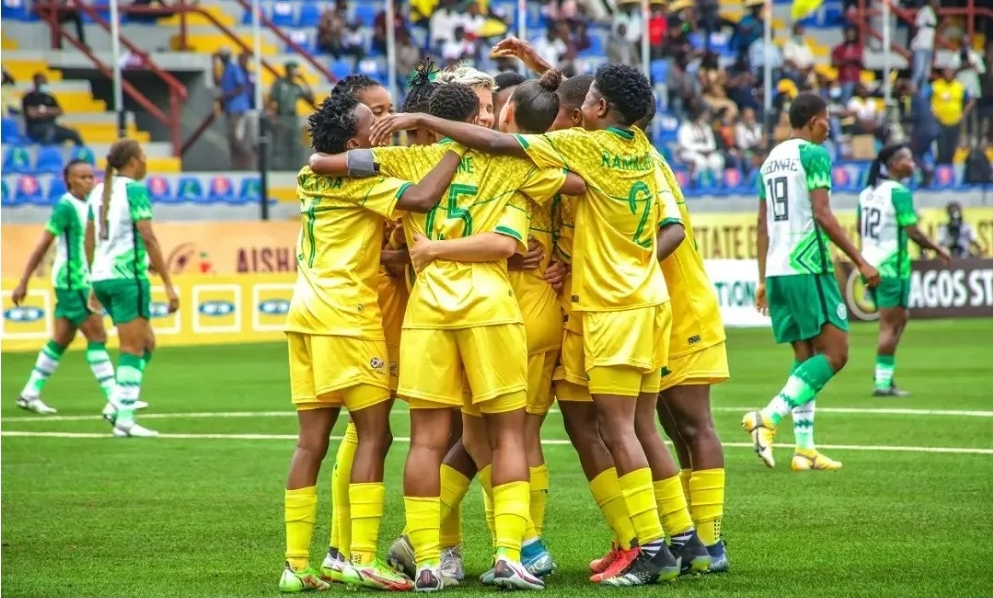 South Africa have emerged champions of the maiden edition of Aisha Buhari Cup as they defeated Nigeria’s Super Falcons on Tuesday night.

The Banyana Banyana outclassed the Falcons at the final fixture of the six-nation tourney in Lagos, claiming a 4-2 victory over the hosts.

The win was South Africa’s second in the competition as they had thrashed Ghana 3-0 in their first game.

Recall that Nigeria had started their campaign with a 2-0 victory over Mali thanks to two late goals from Gift Monday.

In Tuesday’s clash, South Africa took the lead after Nigeria’s Michelle Alozie scored an own goal in an attempt to clear Hildah Magaia’s cross.

The visitors went on to double their lead from the penalty spot through Linda Motlhalo following a handball by Onome Ebi on 19 minutes, before Gabriela Salgago scored the third late in the first half.

After the break, the Falcons pushed harder and scored two goals through Vivian IIkechukwuwho bagged a brace, but South Africa still extended their lead on 86 minutes with another penalty converted by Mamello Makhabane after Motlhalo was fouled inside the box.

The six-nation tourney hosted at the Onikan Stadium in Lagos came to end after the game.

Morocco and Cameroon were the other teams in the competition.