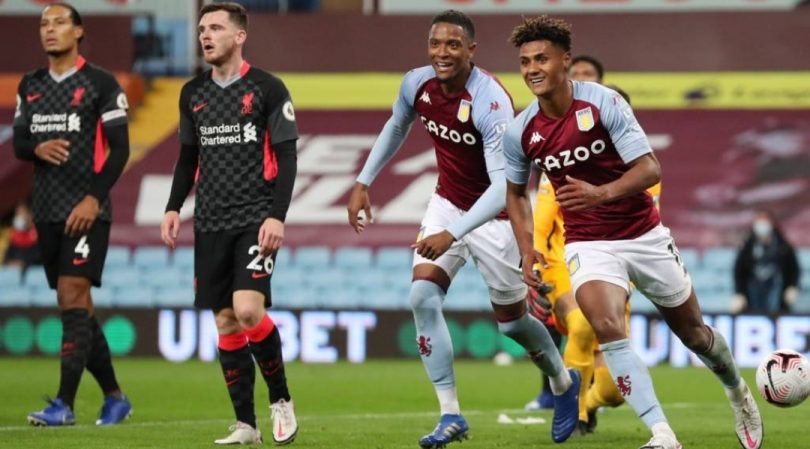 A brace by Mohamed Salah was not enough as Liverpool fell to a stunning defeat at Aston Villa in a Premier League clash on Sunday.

The defending champions were handed a 7-2 defeat, their first loss in the league this season.

It was Ollie Watkins who netted a first-half hat-trick to put the hosts in command of the game, with Salah’s first goal and John McGinn’s effort making the half end 4-1.

Jack Grealish had a hand in five goals and bagged two goals, while debutant Ross Barkley also scored in the second half as Aston Villa deservedly won the game.

This is the first time in 18 attempts that Villa have beaten the reigning champions at home.

The last time it happened was a 3-2 win over Arsenal in December 1998.

The Premier League also saw another shock result earlier on Sunday with Manchester United beating 6-1 at home by Tottenham Hotspur.