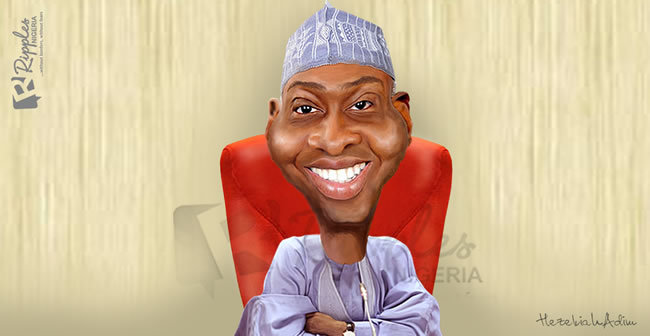 Many believe that the postponements were largely influenced, by political maneuverings and the act of a few desperate members to stay alive politically, as their positions had been under threat.

The closure of the National Assembly did not go down well with the executive arm of government, as it felt there were urgent matters of state that needed to be taken care of, and this created a lot of tension within the polity. That tension may either be defused as the federal legislature resumes plenary, or it may escalate further, as the high-wired political schemings are expected to culminate into a change of guard at the Senate.

President of the Senate, Dr Bukola Saraki has before the parliament went on recess dumped his party, the All Progressives Congress (APC) for the opposition Peoples Democratic Party (PDP) a move that did not go down well with the ruling party.

Other Senators followed suit and also dumped the APC. The party huffed and puffed, threatening Saraki with impeachment if he did not relinquish his position as Senate President, after decamping from the party that gave him the position.

The national chairman of the APC, Adams Oshiomhole was particular pissed that Saraki would not step down from the exalted position. He reportedly mobilized the APC senators in the chamber to go after Saraki, a move which led to a number of political intrigues and happenings.

The homes of Saraki, and his deputy, Senator Ike Ekweremmadu were reportedly once besieged by operatives of the Department of State Services (DSS), and men of the Nigeria Police to prevent them from getting to the Senate while moves were being made to ensure that other senators did not decamp in the heat of the decamping season, when many lawmakers changed political parties.

There were also reports that Saraki’s convoy was blocked by the police while he was on his way to the Police headquarters in Abuja to attend to an invitation extended to him the night before, in connection to ongoing investigations into banks robberies in Offa, Kwara State in which over 30 people were killed.

In what was viewed as a plot to unseat Saraki, operatives of the DSS on August 7, 2018 blocked the entrance to the National Assembly. Returning lawmakers and even staff of the federal legislature were refused entrance into the premises.

Saraki had earlier recalled the leadership of the National Assembly on recess for an emergency meeting, but reports indicated that the DSS operatives had taken position the previous night ostensibly in preparation for the return of the lawmakers.

This action which caused an international embarrassment to the nation did not go unpunished, as it led to the sack of the then Director-General of the DSS, Lawal Daura. Hence Saraki got another breathing space.

No doubt, Saraki has had a more than fair share of travails as a Senate leader. Right from his inception unto the seat, it was clear that the leadership of the ruling APC was not happy, or comfortable with him leading it’s legislative arm. He was hit with one blow after another, as several cases were brought against him; from corruption charges to allegations of false assets declaration while he was governor, and accusations that he sponsored banks robbers. Through it all Saraki has managed to stay alive politically.

Despite the travails, he sought to ascend to the highest political office in the land, the presidency, an aspiration he is known to have been nurturing for some time, and for which many say, he was hounded while in the APC, and even out of it.

Sure that he would not be given a fair chance to take a shot at becoming president of Nigeria, Saraki left the APC to join the PDP, where he subsequently bought the form to contest the position, but he was trounced at the party’s convention in Port Harcourt, Rivers State, as a former Vice President, Atiku Abubakar got the party’s ticket for the 2019 presidential election.

Now Saraki is back to square one, or so it seems.

The Kwara-born Senator, and two term governor of that state is reported to have also purchased a senatorial form, along with the presidential form.

If this is true, pundits suggest that it means he went into the race for the PDP presidential ticket half-hearted, having prepared a back-up plan for himself, in the event he did not get the ticket. While some view this as a deft move on his part, others feel it was an insincere ploy.

As the Senate resumes plenary, Saraki is at risk of being impeached by the ruling APC, which claims the position should be held by one of its own. Already, senators on the party’s platform have vowed that he would be removed as soon as they resume.

Ovie Omo-Agege, the lawmaker representing Delta Central senatorial district, said the APC senators’ determination to remove Saraki as Senate President has not waned, and that they are waiting for the “slightest opportunity” to impeach Saraki.

“I mean once the environment is conducive; that is, once we have the number, we take him out, as simple as that,”

“Absolutely, he knows he cannot be; we are not shying away from that. Our position has always been consistent.

Having survived this far, especially with the closure of the National Assembly to get some breathing space, it remains to be seen how Saraki will weather this coming storm. Even if he does survive, and serves out his tenure till May 29, 2019 when a new government will be ushered in, it is very unlikely that Saraki will still be head of the federal legislative arm.

Having lost the PDP ticket to contest for President, Saraki’s political career may just take a dive in the days to come. His likely political future; he may be impeached, and serve the rest of the legislative calendar as an ordinary senator. If he can weather the storm, he’ll remain Senate President till the ninth assembly.

After the elections, the only way Saraki would have a chance to continue as Senate President, if he is elected to return to the Senate, is if PDP wins, the Vice President does not come from his geo-political zone, and PDP has a majority in the chamber.

If the APC wins, and clinches the majority of seats in the chamber, then he will have to seat on the other side. But if APC wins the presidency, and Muhammadu Buhari returns for a second term, but the PDP has majority in the Senate, he may still have a chance. But he has made so much enemies within the ruling party, and among lawmakers, that it would be a hard sell to have him retain the senate presidency seat.

In the same vein, he may just clinch a ministerial position, if PDP wins the presidency, and he is unable to return to the Senate.

In all of these however, one thing is clear; Saraki has a tough battle ahead and he has to perform nothing short of miracles if his political career is to go beyond 2019.