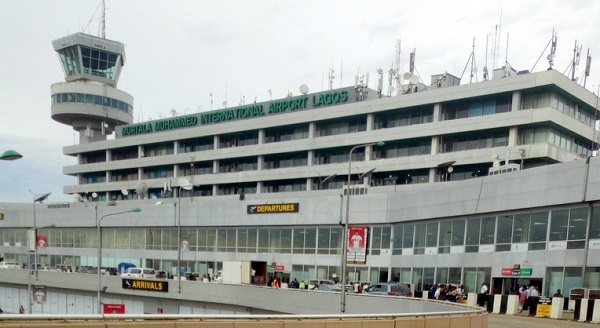 An unidentified man was on Friday arrested by security agents at the Murtala Mohammed International Airport, Lagos, after he was caught mounting a moving Air Peace plane.

The airline has quickly responded to the development and labelled the man a stowaway who thought the plane was heading overseas.

The security operatives were notified by the pilot of a private jet coming behind the Air Peace plane and they swiftly whisked the man to a security post at the airport.

The suspect was later handed over to the Federal Airport Authority of Nigeria (FAAN) officials for further investigation.

The Air Peace said: “This morning, at exactly 9:10 a.m., at the MMA1 Lagos, an Owerri – bound Air Peace aircraft was taxing towards the threshold for take-off, when a man, in his 20s, emerged from the bush along the runway and tried to gain access into the aircraft through the wheel-well.

“The security wing of the Federal Airport Authority of Nigeria was alerted and the man was accosted and whisked away. He is currently in the regulator’s custody. When interrogated on why he took the action, the man stated that he thought the aircraft was headed overseas.”