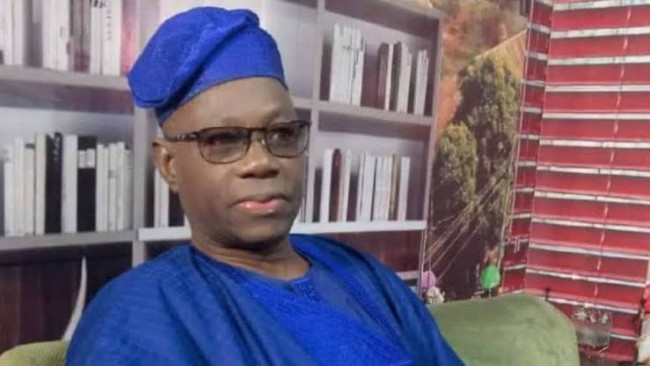 Balogun was received into the APC at the party’s secretariat in Oke Ado, Ibadan by the party chairman in the states, Hon. Isaac Omodewu, Senator Teslim Folarin, and the entire State Working Committee (SWC) as well as notable leaders of the party.

Balogun who described the defection as home-coming, slammed the state governor and the PDP for allegedly serving personal interests.

“I didn’t defect; I came back home. They are serving their personal interest and not the interest of the masses. There are security breaches across the state.

“Who uses diesel to power street lights in the 21st century if not that they are serving their own personal interest,” Balogun said.

The defection is believed to be caused by the senator’s failure to secure a return ticket to the senate.

The party chairman, while receiving the senator, said he was happy that the APC was waxing stronger in the state, and boasted that the party would take over power in the coming governorship election.

“Yes we have misunderstanding within ourselves in APC but we have resolved all the issues and there is no more crisis. We are united and by the grace of God we are returning to Agodi Government House in 2023.

“I have tried. We now have the three Senators in Oyo State in our fold. On behalf of President Muhammadu Buhari and the national leadership of the party, I welcome Senator Balogun into APC,” Omodewu said.

Speaking, Balogun thanked members of the party’s SWC and NWC for giving him the opportunity to come back “home.”

Related Topics:Makindesenator Balogun
Up Next