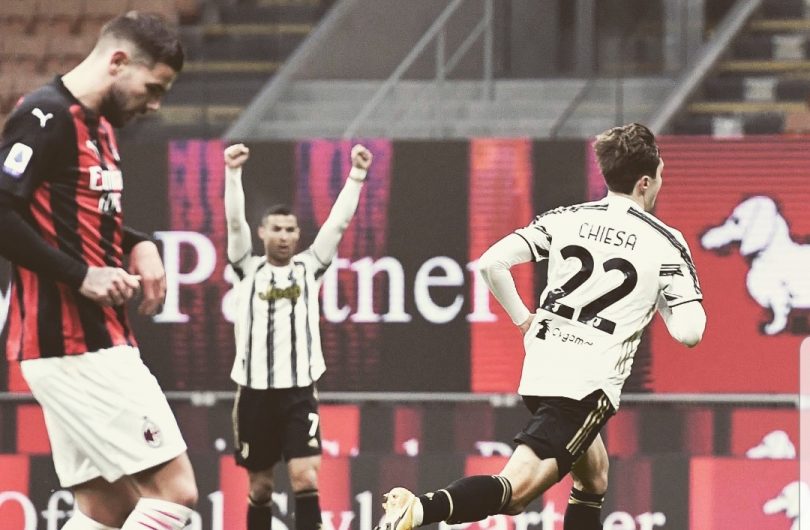 Serie A champions, Juventus have inflicted a first defeat of the league season on AC Milan with a 3-1 win at the San Siro on Wednesday night.

Milan, who have won 11 matches and drawn four so far, could not withstand the strenght of the champions as they fell to a defeat.

23-year-old Federico Chiesa scored a brace in the game, opening the scoring on 18 minutes before Davide Calabria levelled with a great side-foot finish.

Chiesa then scored his second of the night, giving Juve the lead again on 62 minutes before Weston McKennie made certain of victory with a strike from close range 14 minutes to time.

Despite the defeat, Milan remain at the summit, while Juve, who have endured a mixed start to the campaign, are now up to fourth – seven points behind Milan.

Earlier on Wednesday, Inter Milan’s unbeaten run was also ended by Sampdoria, who sealed a 2-1 victory at home.

Alexis Sanchez had a penalty saved, withe defeat ending their eight-match winning run in the league and leaving them on 36 points, one behind leaders Milan.

Elsewhere, Napoli fell to a surprise 2-1 defeat at home to Spezia. AS Roma defeated Crotone 3-1 away as Super Eagles forward Simy Nwankwo fired blanks for the hosts. Atalanta thrashed Parma 3-0.