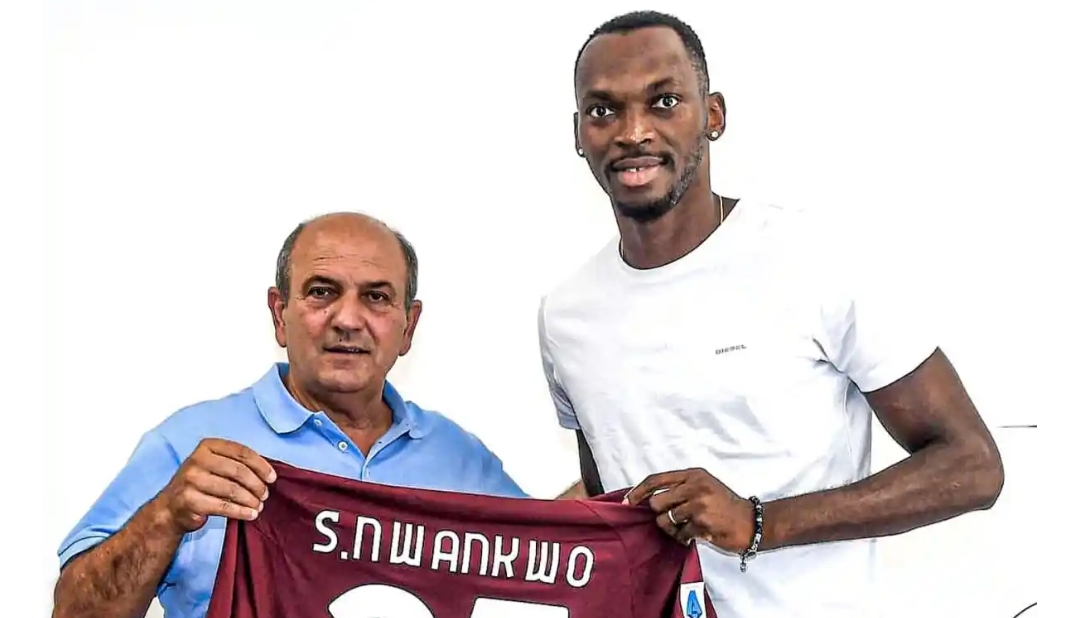 Super Eagles forward Simy Nwankwo will be playing in the Italian topflight this season as he has linked up with Serie A newcomers, Salernitana.

It was a loan move from his club, Crotone, which could not hold unto their place in the top division last season as they were relegated to Serie B.

Nwankwo had been involved in the negotiations for weeks now, but finally joined Salernitana after undergoing his medical earlier on Thursday.

The deal is believed to be a loan with obligation to buy for a total of €6m, including bonuses.

“The US Salernitana 1919 announces that it has reached an agreement with FC Crotone for the temporary transfer with the obligation to redeem the striker class ’92 Simeon Tochukwu Nwankwo. The player will wear the number 25 shirt,”reads a statement on the club website.

Before reachong this deal, the 29-year-old striker was linked with the likes of Udinese, Real Mallorca, Bologna and Tottenham Hotspur.

Nwankwo was however eager to remain in Serie A close to the south of Italy that has been his home since 2016.

He has been with Crotone since 2016, scoring a total of 64 goals and making 152 appearances.